Aman, who captained Bihar for the later part of the team s campaign also made 337 runs at an average of 48.14.

Bishan Singh Bedi, during the 1974-75 season had picked 64 wickets for Delhi. And after 44 long years, Aman, formerly of Services, playing his debut First-Class season for new entrants Bihar finished the season on a high claiming 11 wickets in Bihar s final league match against Manipur.

Unfortunately, Bihar failed to qualify for the knockout stages finishing second in Plate group with 40 points behind Uttarakhand, who had amassed 44 points during their unbeaten run so far.

Aman, who captained Bihar for the latter part of the team s campaign also made 337 runs at an average of 48.14.

During his stellar season, Aman grabbed nine five-wicket hauls in an innings and five 10-wicket haul in a match, leading Bihar to six wins out of eight games.

Prior to Aman, Karnataka s Dodda Ganesh had come close to Bedi s record when the pacer took 62 wickets in the 1998-99 season, while Hyderabad s Kanwaljit Singh too picked 62 wickets a year later in 1999-00 season.

MOST WICKETS IN A RANJI TROPHY SEASON 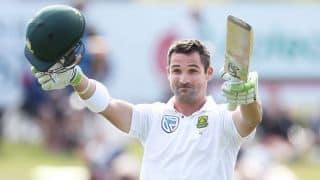