While the other five claimed hat-tricks in the league stages of the tournament, Kalaria did it in the knockouts. Rajneesh Gurbani of Vidarbha had claimed three wickets in three balls last season in the final of the Ranji Trophy 2017-18 against Delhi. (ALSO READ: Centuries by Wasim Jaffer, Sanjay Ramaswamy put Vidarbha in command versus Uttarakhand)

Kalaria s hat-trick is the 82 overall in Ranji Trophy history and he becomes the second Gujarat bowler after Rakesh Dhruve to claim a hat-trick. Dhruve, a left-arm spinner, had took a hat-trick against Vidarbha during Ranji Trophy 2013-14 season.

It was during that season that Services right-arm medium pacer Joginder Rao claimed three hat-tricks in a single season – two of them in the same match and that too in the one innings against Northern Punjab. In five matches that season, Rao claimed 21 wickets at 9.66, but never played again.

Most hat-tricks in Ranji Trophy:

Karnataka is the team with most hat-tricks, ten, followed by Bengal with 6. 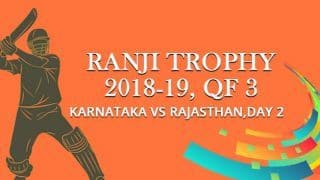 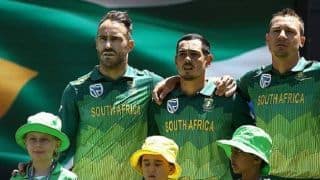