Gaekwad and Roy will be the 28th and 29th recipients of Col. CK Nayudu Award. BCCI have announced the award 23 times, including two instances of joint award winners, in 2003-04 (to the spin quartet of Bishan Singh Bedi, Bhagwat Chandrasekhar, EAS Prasanna, and Srinivas Venkataraghavan) 2015-16 (to Padmakar Shivalkar and Rajinder Goel). Here is the complete list, one that started with Lala Amarnath in 1993-94 and includes some of the greatest names of Indian cricket, like Sunil Gavaskar and Kapil Dev.

The list includes KN Prabhu, the only sports journalist to have won the award. Shivalkar, Goel, and BB Nimbalkar are the only non-Test cricketers to have been thus honoured.

Diana Edulji was named for the 2017-18 season, but she declined the award on the grounds that she is part of the BCCI CoA. 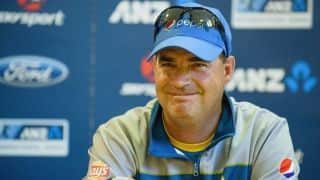