Faf du Plessis has been a wonderful addition to South African team for the last three years.

Faf du Plessis has been a wonderful addition to South African team for the last three years. He made his debut for South Africa in January 2011 in One Day International (ODI) against India at Cape Town. He scored a brilliant 60 on his ODI debut. He made his T20 International debut in September 2012 against England. He scored only four runs in his debut match. Later in November 2012 he was selected into Test team against Australia at Adelaide. He grabbed the opportunity with both hands well and scored 78 in his debut inning and an excellent unbeaten 110 off 376 balls in the fourth inning of the match and saved the test match for his team.

At the end of the triangular series in Zimbabwe, Du Plessis has so far played 28 innings in Tests, 53 in ODIs and 20 in T20Is. And he hasn’t got a duck in any of those. It makes 101 innings and no duck yet. The lowest score he has got out on is 1 which he has got five times. On March 24, 2010 in the T20I world cup match against Bangladesh when he scored his first run he broke the record of his team-mate AB de Villiers as most number of innings from debut without a duck. AB de Villiers had played 84 innings since his debut in 2004 before getting out for a duck in the 2007 World Cup match against Netherlands (the match in which Gibbs smashed six sixes in an over).

Among the current players, after Du Plessis the player with most innings with no duck yet is Samiullah Shemwari who has played 51 innings so far.

With Du Plessis playing over 100 innings without being dismissed for duck, he has become only the eighth batsmen to do so. Most innings played without a duck in International cricket is 173 by Rahul Dravid from January 2000 to February 2004. Next best is 136 by Sachin Tendulkar from July 2008 till his retirement which was in November 2013.

Sachin Tendulkar and Jeremy Coney’s sequences did not end till their retirement from International cricket. Among the current cricketers Mushfiqur Rahim has not been dismissed for duck since December 2011 and he has played 69 innings in course.

Other records to aim related to ducks for Du Plessis:

The most number of innings before getting maiden duck in ODIs is 72 by Kumar Dharmasena of Sri Lanka. Du Plessis has batted out 53 ODI innings so far with no duck yet. He needs to do the same for another 20 innings to claim the record.

Most innings before first duck or no ducks in ODI career

Considering the same record in Tests, the most number of innings played before getting out for duck is 78 by AB de Villiers. Similarly in T20Is, it is Shoaib Malik with 40 innings. Du Plessis has played just 28 Test innings and 20 T20I innings. He has a longer way to go to achieve the records in Tests and T20Is compared to that of ODIs. 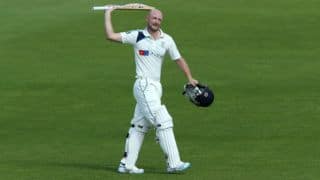