This is the first time ever Faiz Fazal has received an India call-up.

Faiz Fazal was the surprise pick for Team India for the tour of Zimbabwe 2016. Not many know about this stylish left-hander from Vidarbha, but he played a key role in ensuring that his side topped Group A of the Ranji Trophy 2015-16, above teams such as Delhi, Bengal and Karnataka. Vidarbha, however, crashed out in the quarter-final against a determined Saurashtra. Fazal does not have a particularly good T20 record to boast about, but he is most likely to be a part of the playing XI in the One-Day International (ODI) series against Zimbabwe. Here are some of the interesting facts about the left-hander. READ: India announce squad for Zimbabwe tour

Scored a century for India A against India B in Deodhar Trophy Final 2016: Fazal, along with Murali Vijay, helped India A put up 286 on the board. A clinical bowling performance from the India A bowlers helped their side romp home by a comfortable 87-run margin.

Scored 127 in the Irani Cup final 2016 in a record run chase: Fazal once again turned up in a big match as he scored a vital hundred that set up a record run-chase in the Irani Cup final 2016. Fazal was playing for Rest of India (ROI) against Ranji Trophy 2015-16 champion, Mumbai. His century set up the chase beautifully as ROI won the match by four wickets. It was the highest-ever successful chase in an Irani Cup match.

Scored 151 on First-Class debut: Fazal announced himself with a well-made 151 on his First-Class and Ranji Trophy debut in 2003. His innings helped Vidarbha win the match by an innings and 112 runs.

Vice-captain of Vidarbha: The 30-year-old is also the vice-captain of the Vidarbha team in the domestic circuit. The team is currently led by Subramaniam Badrinath.

Here’s the video of his innings against KXIP, where he scored 45, batting at No. 3:

Handy bowler: Fazal is also a handy medium pace bowler and has an economy rate of under 5 in List A. 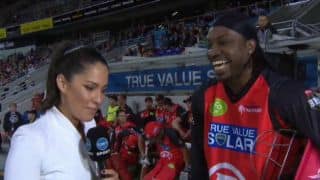 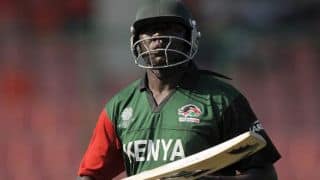