The Kotla, as it is commonly known, gets its name from its geographical location.

History is littered with instance of sporting stadiums being named after people and geographic locations, which is why when the Delhi & Districts Cricket Association (DDCA) this week announced that it had decided to rename the Feroz Shah Kotla as the Arun Jaitley Stadium in remembrance of the former Union Finance Minister who died last week, it was not entirely surprising.

What did raise eyebrows, however, is when the DDCA put out a second tweet clarifying that Delhi’s iconic cricket ground – the second oldest in India – would continue to be called the Feroz Shah Kotla but that the stadium would be known as the Arun Jaitley Stadium.

A clarification from the DDCA president: The stadium has been named as Arun Jaitley Stadium. The ground will continue to be called the Feroz Shah Kotla.

The fact is, the stadium was never called the Feroz Shah Kotla.

The Kotla, as it is commonly known, gets its name from its geographical location, the 14th century monument known as the Feroz Shah Kotla which was the idea of Sultan Feroz Shah Tughlaq to house his version of Delhi city called Ferozabad. The word kotla means citadel or fortress.

On Twitter, news of the DDCA naming the stadium as the Arun Jaitley Stadium drew varied responses.

Sultan Feroze Shah Tughlaq was a builder, a heritage enthusiast and a conservationist. Feroz Shah Kotla stadium was carved out of his fort area and so named after him. Now, it has been renamed after Arun Jaitley. I understand the sentiments, but the optics of it don’t look good.

Feroz Shah Kotla Stadium to be renamed as #ArunJaitley Stadium in the memory of its former president who passed away on Saturday.

It’s okay we want something on the name of Mr. Arun Jaitley. But it would have been better to build something rather than renaming.#FerozshahKotla

This is not the first cricket stadium in India to have a politician’s name attached to it. There are two stadiums named after deceased Indian Prime Minister Rajiv Gandhi, in Hyderabad and Dehradun, both of which have hosted Tests, ODIs and T20Is. Vijaywada has a stadium named after Indira Gandhi, Ahmedabad has two grounds named after Sardar Vallabhai Patel and there seven stadiums across India in honour of Jawaharlal Nehru, the nation’s first Prime Minister.

By renaming Feroz Shah Kotla stadium as Arun Jaitley stadium 136 years of history has been wiped out in a matter of minutes. Pavilion could have been named as Arun Jaitley Pavilion.

The Delhi and District Cricket Association decides to rename Feroz Shah Kotla Stadium as Arun Jaitley Stadium in memory of its former president.

A befitting tribute to a leader with real sportsmen spirit.#TributeToJaitley #ArunJaitley pic.twitter.com/vPI6Qcydvy

Beyond the naming or renaming of cricket stadiums in remembrance of deceased politicians, traditionalists are known to decry stadiums naming right-deals as crass commercialisation, whereas owners defend such moves as the sources of millions in revenue for teams and associations.

This trend has not yet caught on in India, but is it long before we see stadiums with names such as Reliance, HERO or Birla before them? 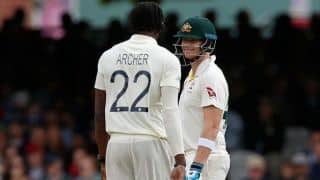