The story of Mohammad Badshah is one of betrayal and downfall, from riches to rags.

We often come across some stories or incidents which leave us stunned — stories that force us to think about the deep realities of life. The tale of Mohammad Badshah is one of such. Sandipan Banerjee recollects out this tragic tale.

Often we hear phrases like “humans are just puppets in the hand of destiny” or “irony of fate”.  For most of us, these lines sound philosophical and boring. Unfortunately, for Mohammad Badshah, a mid-30’s Dhaka rickshaw-puller and former captain of one of Bangladesh’s First-Class teams, Rajshahi division, it is a stark reality. Badshah also has an MBA degree from an UK university.

The word Badshah means “King”. Mohammad Badshah was nothing less than a king in his childhood days. Son of a jeweller, Badshah hails from a wealthy family of Nayanmati area of Pabna district. He used to study in Rajanagar Majumdar High School, Pabna. Since his school days he was renowned for his proficiency in cricket.

Badshah was a talented top-order batsman and a wicket-keeper. He was a regular member of his school and club teams. Thanks to his cricketing skills, he eventually graduated to Rajshahi Division, where he performed the same roles. According to some reports published in Bangladeshi media, he even captained the Rajshahi Division and once was in the reckoning for the Bangladesh Test squad.

This was the rise of Badshah. Unfortunately his life took a cruel u-turn after his golden days in cricket was over. Apart from being a good cricketer, Badshah was a good student as well. After he failed to get into the national team he decided to pursue an academic career. He acquired a student visa and went to London to do an MBA. He successfully completed his Master’s and returned to Bangladesh in 2013.

On his return Badshah set up his business and had a substantial income. He married the love of his life and led a peaceful life. But lady luck didn’t smile on him. His wife cheated on him and took control of his entire property. Eventually she left him and Badshah became bankrupt within a fortnight.

This nasty tragedy took a toll on Badshah’s mental health. Being dumped by his beloved wife and losing his hard-earned property took its toll. He was spotted begging in various places near his hometown.

These days Badshah pulls rickshaws at Uttara in Dhaka to earn his living. What a tragedy for a talented cricketer who could have been a Test player for Bangladesh, and played alongside the likes of Shakib Al Hasan, Tamim Iqbal and Mushfiqur Rahim. 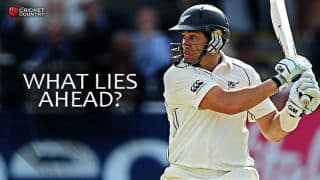