Ravichandran Ashwin was the fastest ever Indian bowler to take 50 wickets speaks volumes of his class.

Ravichandran Ashwin, born September 17, 1986, has proven to be one of India’s most successful spinners in recent times. As the off-spinner celebrates his 28th birthday, Shiamak Unwalla looks at four interesting statistics about his career.

There is much to like about Ravichandran Ashwin. He has an aggressive approach to the game, he doesn’t mind taking on batsmen while bowling, and has good enough technique and temperament with the bat in hand to have scored a Test ton in his debut Test series. Below are four stats that highlight Ashwin’s progress in his relatively short international career so far:

1. Fastest Indian to 50 Test wickets: When a spinner comes from the same country that has produced the likes of Anil Kumble, Bishan Bedi, EAS Prasanna, Bhagwat Chandrasekhar, and Harbhajan Singh, there is obviously a rich legacy to live up to. That Ashwin was the fastest ever Indian bowler to take 50 wickets speaks volumes of his class.

2. Fastest Indian to 100 Test wickets: Often a bowler gets off to an amazing start to his Test career before falling by the wayside. For instance, Narendra Hirwani took 36 wickets in his first four Tests, and 30 in his next 13. Ashwin, however, kept up his efforts and managed to take the same number of wickets in his next nine games.

3. Fastest player to get double of 50 Test wickets and 500 runs with Ian Botham: As mentioned earlier, Ashwin’s batting has been a major asset down the order for India. Statistically, he is currently among the best all-rounders India has ever produced. Ashwin, like Ian Botham and Australia’s Jack Gregory, got to the double of 50 wickets and 500 runs in only his 11th Test.

4. Highest 7th wicket partnership for India with Rohit: Ashwin has tasted tremendous success against West Indies in Test cricket — with bat as much as ball. In five Tests, he has scored 275 runs at an average of 55 with two tons. He has also taken 34 wickets at an average of 21.64. In the first Test of West Indies’ 2013 tour to India, India were reduced to 156 for six. Rohit Sharma, making his debut, and Ashwin then combined for a record-breaking 280-run partnership — the third highest partnership for the seventh wicket in Tests, and the all-time highest for that wicket for India. Ashwin scored 124 while Rohit ended up making 177. 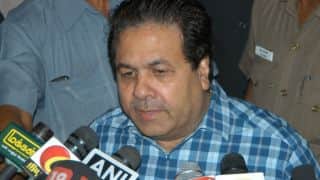 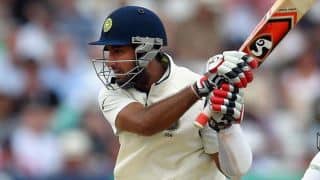