Galle Cricket Club were dismissed for 31 in the 1st innings, and ended up winning by four runs.

After being all out for 31 in the first innings, Galle Cricket Club won the match by runs against Sri Lanka Air Force Sports Club. Bharath Seervi lists the lowest first innings totals that resulted in the victory for teams.

After getting bowled out for 31, what is the probability of the team going on to win the match? The probability seems to be almost zero. It is actually zero in the last 90 years of First-Class cricket history.

Out of the ten instances listed above, six are from the 19th century. Galle Cricket Club’s 31 is the lowest since Hampshire’s 15 in 1922.

The lowest first innings total to win a match before Galle Cricket Club’s 31 since World War II was 44 for Derbyshire against Gloucestershire in 2010.

The lowest total on a winnings cause since World War II was 75 by Australia against South Africa in 1949-50. There have been three instances of a sub-100 winnings total in this century. 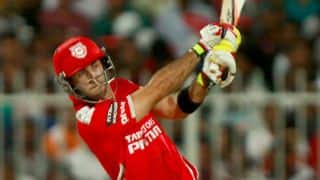 Glenn Maxwell dismissed in IPL 2015 match between KXIP and KKR 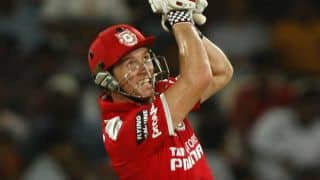 KXIP eye surge in slog overs against KKR in IPL 2015