Gary Wilson, who played scored 80 in a crisis situation to extricate Ireland out of trouble and steer them to victory over United Arab Emirates in the World Cup 2015 match at Brisbaneon Wednesday, talks about his innings after the match.

Gary Wilson, who played scored 80 in a crisis situation to extricate Ireland out of trouble and steer them to victory over United Arab Emirates in the World Cup 2015 match at Brisbaneon Wednesday, talks about his innings after the match. (ICC Cricket World Cup 2015: Full coverage)

Q: Gary, your good record against UAE continues. You obviously love batting against them. Couldn’t quite see them home, but…

Gary Wilson (GW): Thanks, mate. Yeah, I thought we got to the line, just couldn’t quite get over it. But was never in doubt at the end.

Q: You felt good from the start, didn’t you?

Q: Gary, after the start you moved along and just got the scoreboard moving again after those early wickets?

GW: It’s definitely a rebuilding period. Obviously we knew with the hitters we had coming in, John and Kevy that we had a little bit of time to rebuild. We were talking the whole way throughout. I think me and Andrew had it under control to an extent.

Q: And they stood at the other end watching Kevin?

GW: Yeah, a few people have mentioned that to me now. Obviously I’ve batted a lot with Kev over the last 10 years, maybe even longer, probably the last 15 years. Last year at Surrey and then with Ireland. So yeah, I think we dealt with it really nicely. Obviously I just poked it for one and he hits it out of the grounds. It was great.

Q: Any regrets about your final shot?

GW: I just obviously didn’t quite get it far enough, but I thought it would have been great to be there. It’s always easier when you’re out there.

Q: Gary, one thing about this game was obviously there was a fair bit of expectation that you were going to win and win it well. But they get some runs and you’ll lose some early wickets in the chase. Does it become a confidence builder that you can win despite having a bit of a struggle through the game?

GW: Look, it was obviously closer than we wanted it to be. But I said earlier that we’ve been in this position before at a World Cup, big tournament, big stage, and chased down totals before, and I think that really stood us in good stead. We knew that if a couple of us were there until close to the end that we had a pretty good shot at winning.

Q:  I think this is the first game of the World Cup so far to actually get to the final over.

GW: Yeah, just remind me, was it two teams outside the top eight that played this game that made it a good game, was it?

GW:  UAE have come on pretty strong in the last couple years. They’ve obviously got great facilities over there, as well, and I think they’ve probably moved as quick as anyone outside the top 10 teams in the world.

Q: Just one about Shaiman Anwar. Clearly his confidence is on the up and up. What was it like dealing with him out there?

GW: Obviously not great because he got a hundred. He played really well. We’ve played against him a lot in the past, as well, and he’s a good player. And today he obviously played pretty well.

Q: There was just one incident toward the end of the innings with him and Kevin and the wides and outside off stumps. How did you see it from your angle?

GW: I don’t know. I think my understanding of the rule is that the bowler is entitled to pull out if the batsman moves. I think the batter is deemed to be wasting time. I don’t know whether the batter knew that or not, but Kevy certainly wasn’t backing down anyway.

Q: That’s two wins this campaign now. How high is the confidence among the team that you guys can push South Africa all the way next game and possibly after that, go into the next round?

Q: It was very contrasting victories. Do you think that the long gap in between the matches hurt you guys a little bit?

GW: No, I don’t think so. Actually I think we had really good preparation coming into this game. I think it was good for us that we had a little break after the West Indies game because we built this up for four years now considering the lack of cricket we have had in those four years, nine games against top eight nations. We knew the West Indies game was going to be a really important one, and it was nice to have that little break just after that and then get things moving again for this UAE game.

Q: Did you feel like you lost a little bit of momentum maybe?

GW: No, no, I didn’t. As I said, I think we prepared really well. Obviously with the cyclone that was around, the rain sort of hurt our preparations a little bit, but with the facilities at the National Cricket Centre we were able to get a lot of skill-based work done up there. Yeah, look, in my opinion I don’t think the nine-day stint hurt us.

Q: And about the toss. What was your thinking there in putting them in to bat as in the second innings, the ball moved around a little bit more?

GW: Well, it was a toss-up, wasn’t it, at the start. We weren’t 100 percent sure whether to bat or bowl. I think we went with what we’ve been doing over the last number of years, and we know that if we restrict the team that we’ve got a hell of a chance of chasing the total down. I don’t think the toss made a huge difference to be perfectly honest. I think the team that played the better cricket won in the end, albeit a little closer than we would have liked. 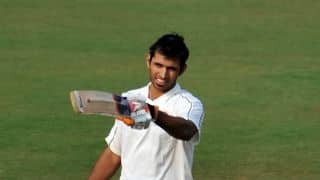 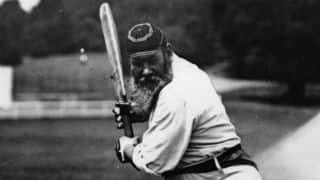