Ravichandran Ashwin in his captaincy debut led Punjab to six wicket victory against Delhi in the second match of Indian T20 League. This was also Delhi’s sixth consecutive defeat in opening matches of tournament. However, all other performances were overshadowed by the brilliance of KL Rahul who recorded the fastest 50 in the history of the tournament. The Delhi bowlers did well to drag the match to the 19th over defending 167 after conceding 73 off the Powerplay. Marcus Stoinis and David Miller held their nerves wining it for Punjab. Marks out of 10 rates the individual players on their performance. Starting with the losing team.

Although, Gambhir admitted 166 was a good score but Delhi would have loved 15-20 runs more. The quick runs from Rahul and Nair helped Punjab register their first win. 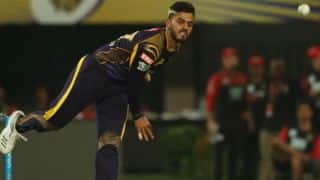