George Bailey gets another chance in ODIs to prove Test credentials

George Bailey gets another chance in ODIs to prove Test credentials

Bailey is the only player whose position in the team has been questioned after the Ashes win.

George Bailey is the only player whose position in the Australian team has been questioned after Ashes 2013-14 win. Bailey, who remained a part of the unchanged Australian sides for five Ashes Tests, now faces a tough competition from Alex Doolan to save his place for the tour of South Africa. The One-Day International (ODI) series against England provides an opportunity to Bailey to strengthen his claim for a place, says Devarchit Varma.

When a severely-depleted Australian side landed on the Indian shores for a seven-match One-Day International (ODI) series last year, not many tipped the tourists to fight as hard as they did. The 31-year-old George Bailey led his side with example and emerged as one of the top run-getters. However, there was a motivating factor which pushed the Australian side to give it their best shot the top performers were promised contention for Ashes selection, and it was Bailey who made the most of the opportunity.

But after an ordinary show with the bat in the Ashes 2013-14, Bailey finds himself in a similar situation battling for a spot in the side to tour South Africa, and the ODI series against England provides him the best opportunity to get some crucial runs, and remain in the reckoning.

Bailey is an attacking player by nature and has scored runs in the shorter formats of the game, which helped him to earn a place in the Australian Test side. He now faces a tough competition from Tasmanian teammate Alex Doolan, who was called in as a reserve for the fifth and final Test at Sydney. This should serve as a wake-up call for Bailey.

Doolan is more of a middle-order batsman and with the top-order in good form, the selectors are not likely to change the combination at the top of the order. This leaves them with the option of sneaking in Doolan into the lower-middle order, and Bailey s ordinary show has given them an opportunity which they could take, as they intend to strengthen the Australian batting more for an important overseas tour.

The selection of the 31-year-old Bailey for the Ashes 2013-14 was certainly a welcome move by the Australian selectors. Bailey remained a critical member in the Australian win in the Ashes, and despite his ordinary show in the series, he must be given a longer rope to prove himself in Test cricket. His experience of leading the Tasmanian side in domestic circuit can help Michael Clarke on the field, and his ability to score quickly in the lower middle-order cannot be ignored, if the top-order is not firing on all cylinders.

Bailey is a captain himself and is experienced enough to understand what it will take to remain in the Australian side. He did acknowledge that scoring runs in Tests would be a lot tougher compared to ODIs when he was named in the Ashes squad, and even though he did not impress much with the bat in the eight innings he played, Bailey gave enough indications that he can succeed at the highest level.

One series is not enough for any player to be judged good or bad, and now that the Australian selectors have done away with the policy of making too many frequent changes, it becomes necessary for them to give a longer rope to Bailey as well. Moreover, the Australians won t like to change the winning combination, which they have achieved after months of trials and failures. 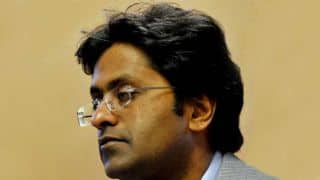