George Herbert Bailey had toured England with an Australian team in the historic tour of 1878.

Born October 29, 1853, George Herbert Bailey toured England and North America in 1878 with the Australian team, had moderate success with bat and ball, but impressed all and sundry with his fielding skills. The matches were not given Test status, but Bailey found his name in history. Abhishek Mukherjee looks at the man who gave his name to his great-great-grandson — an Australian captain.

The news first broke in 2012. The relevant information is yet to be archived by most cricket databases. George John Bailey, Australia’s newly-appointed T20I captain, told in an interview with news.com.au that George Herbert Bailey, his great-great-grandfather had toured England with an Australian team in the historic tour of 1878. George John was apparently named after George Herbert.

It was only fitting that Dave Gregory led the side Bailey Sr was a part of. Gregory had become the first Australian Test captain in 1877: in other words, Gregory was the first person to lead Australia on international debut. It took 135 years, but Bailey Jr became the second to do the same. Read: MCC vs Australians at Lord’s, 1878: The most important match for the development of international cricket

Bailey Sr was an excellent fielder. “Apparently he was a very good fielder known for his arm,” his illustrious great-great-grandson told news.com.au. Herbert Bailey’s imposing frame and mutton-chops hardly gave the impression that he was an excellent athlete, but he was good all right.

Conway’s Australian Cricketers’ Annual, 1877-78, described Bailey as “a native of Ceylon, which place he left when very young, is a free, wristy batsman, with good style, an excellent field, and good change bowler.”

Canon Brooke Bailey was a military chaplain and an inspector of schools at Colombo, where his son George was born. George went to school in England at Lichfield Grammar School, followed by Elizabeth College, Guernsey. He led his college in cricket twice before passing out in 1870.

George went to Tasmania with his father, and joined Union Bank of Australia in 1872. Serious cricket for Bailey started with a stint for Launceston Cricket Club, and he was soon selected for North (Tasmania) to play the South. He returned figures of 3 for 23 in his first match and 6 for 52 in his second, but neither match was given First-Class status.

When WG Grace brought his team to Australia in 1873-74 the tourists played North (Tasmania) at Launceston. Bailey batted at No. 4 in each innings in a 22-member side, and dismissed Henry Jupp and James Lillywhite. More success followed in the North vs South matches, but till 1878 he had played only one First-Class match. His biggest contribution during this period was 101 and 3 for 27 for North in 1875-76 that resulted in a one-wicket victory.

Bailey was not originally considered for the 1878 tour to England and North America; it was only because of the illness of John Arthur (also a Tasmanian) that he got a place on the City of Sydney, the boat to San Francisco, followed by a week-long train ride to New York and the trans-Atlantic City of Berlin.

To Ol’ Blighty and beyond

The tour, of course, was looked as a mission to make money. The fact that Gregory and Assistant Manager William Gibbes were both accountants perhaps adds more proof to the fact. Even the stature of John Conway, the Manager, could not attract interest: British media ignored the Australians towards the beginning of the tour.

Memories of the Aborigines of 1868 were perhaps fresh in the minds of the locals. “Why, they bean’t black at all; they’re as white as wuz,” was a reaction from an old-timer. Lord Harris later lamented the lack of knowledge of the English when it came to “Colonial ethnology and geography”.

Bailey’s first appearance was against Nottinghamshire at Trent Bridge, where he batted at No. 10 and No. 11 and did not bowl. The tourists were thrashed. “The idea of a visit from an Australian team… was at first treated as something of a joke by English cricketers,” said Surrey Secretary Charles Alcock.

Bailey was left out for the famous encounter against MCC on a Lord’s “sticky”, where Spofforth (10 for 20) and Boyle (9 for 17) bowled out MCC for 33 and 19; Australians won by nine wickets — all in one day’s play. “I made my reputation in May [1878],” Spofforth admitted decades after his magnificent display. It was a shame that the match was not granted Test status, for the MCC side was as good as a full-strength England side.

It was after this match that the tourists were looked at seriously by the English media. The Punch came out with the following lines:

“The Australians came down like a wolf on the fold,
The Marylebone cracks for a trifle were bowled;
Our Grace before dinner was very soon done,
And Grace after dinner did not get a run.”

The media followed the Australians with curious interest following the match. The tour gained publicity following Grace’s famous “abduction” of Billy Midwinter when Gloucestershire turned up with 10 men — but that is another story.

Bailey found himself in and out of the side. He scored 39 and 32 in a victory against Middlesex at Lord’s; there was also that 106 against a 22-member Hastings, but the match was not given First-Class status. Bailey’s tour tally read 254 runs at 14.94. The numbers may not seem impressive to the 21st century reader, but Bailey came third on the averages chart after Charles Bannerman (566 runs at 20.96) and Midwinter (124 at 15.50).

The Australians took the SS City of Richmond and arrived in New York. They played All New York and Philadelphia before crossing the border, taking on Ontario and Montreal. They played the Peninsular Cricket Club at St Louis, and another against California at San Francisco before crossing The Pacific back home.

George and Isabel had four sons and two daughters. Of them, George Keith Brooke Bailey (referred to as Keith to avoid confusion) played First-Class cricket for Tasmania in 1903-04. Another of his sons was killed in World War I.

The Baileys moved to Albany, Western Australia, where George worked as the Manager of Union Bank. Bailey Sr became a popular figure in Albany — to the extent that they named Bailey Street after him.

From 1896 Bailey worked as the registrar of the Anglican Diocese of Tasmania. He passed away at Hobart, 19 days before his 73rd birthday. As mentioned, George Bailey’s great-great-grandson, named after him, led Australia in both limited-over formats besides playing Tests — something that had eluded George Herbert Bailey. 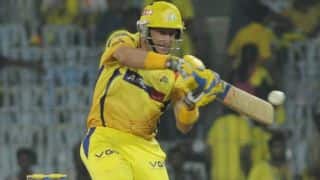