George Bailey's record in T20Is as a batsman hasn't been excellent.

George Bailey has decided to relinquish Australia’s captaincy in T20 cricket. While this decision seems to be a brave move, Bailey has thrown himself into a pool full of challenges, and there is strong possibility of him emerging successful in this endeavour, writes Devarchit Varma.

George Bailey relinquished captaincy in T20 Internationals. At a time where international sides are increasingly trying out their potential leaders for longer formats by testing them in the slam-bang version of the sport, Bailey has decided to give up the responsibility to focus on his aim of donning the white flannels for Australia. Bailey did make his Test debut during the Ashes 2013-14, but had a modest series and was dropped soon after. At the age of 32, Bailey has taken a very critical decision.  In One-Day Internationals (ODIs), he is a certainty and has often led in place of Michael Clarke.  He has done a fair enough job with 14 wins in 28 matches. In T20s, he did lose more than what he won, but statistics don’t paint the right picture. With Bailey taking himself out of contention for Australia captaincy job and T20s, he has given himself a chance to work on his weaknesses as a batsman and then have a shot at the Baggy Green.

As a T20 captain, even though Bailey always remained an ideal choice, he did not make any significant difference with the bat. The records too suggest the same. Despite the unique ability to keep smiling in adversities, Bailey did not quite assure with the bat. At the same time, Bailey never looked timid as a batsman, especially in limited-overs cricket wherein on many occasions he dazzled with big strokes and showed ability to score quickly. Bailey’s exploits in limited-overs cricket helped him knock the doors for selection in Test cricket, and now that he wants to give himself a realistic chance to play the longest format, he should be allowed to.

The Australians have had the long tradition of having batsmen aged over 30. If he succeeds in his endeavour, Bailey may actually find himself lucky as the Australian side is slated to go through a revamp in a couple of seasons. So far he hasn’t shown any glaring frailties with the bat, and he can raise his game to another level. Meanwhile, Australia have rewarded Aaron Finch for the progress he has made in international cricket by naming him the next captain in T20Is. This move will not only increase the positive pressure on the right-handed batsman but will also boost his confidence as an individual. It’s a win-win situation for Australia, as they are not only able to applaud Finch’s efforts and get another potential leader, but they can also discover a batsman in Bailey who might have kept quiet so far in the hoo-hah of T20s. 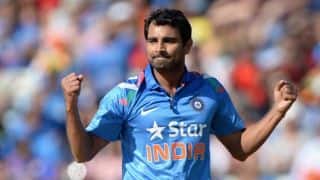 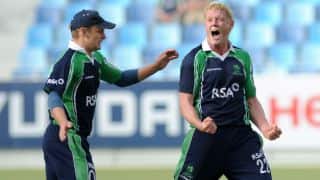