After Kings XI Punjab’s (KXIP) loss in the opening game against Rajasthan Royals, a few wise media pundits discussed on a TV show how their skipper George Bailey was unfairly holding onto a foreign players slot while the likes of Shaun Marsh and Thisara Perera were made to sit out.

After Kings XI Punjab’s (KXIP) loss in the opening game against Rajasthan Royals, a few wise media pundits discussed on a TV show how their skipper George Bailey was unfairly holding onto a foreign players slot while the likes of Shaun Marsh and Thisara Perera were made to sit out. Well, that’s been the story of his life. Despite having led the national side for three years, there’s a huge section that despises or cares less about the underrated Tasmanian.

Coming from the island state, it’s not a cakewalk to fill the larger than life shoes of David Boon or Ricky Ponting. But in his relatively short career, Bailey has shown enough pluses to be talked good about. In 2012, he became the second Australian — after Dave Gregory, Australia’s first Test skipper — to captain the national side without having played a single international for them. This itself shows the faith Cricket Australia has in Bailey when they handed him this job. The international cricket fraternity raised their eyebrows at this unique precedence by Cricket Australia, but Bailey had already proved his worth as a leader who changed Tasmania’s cricketing fortunes. Despite Steve Smith’s emergence as the next big thing of Australian cricket, and we all saw how he handled the side in Tests in absence of Michael Clarke this summer Down Under, the job of ODI vice-captaincy for the ICC Cricket World Cup 2015 still went to Bailey. He led the side in the World Cup opener, but then spent rest of the tournament on the benches as Clarke made a return. When Bailey was announced the vice-captain, it didn’t please many. One of them has been a Bailey critic for a while. Ian Chappell said, “I thought Steve Smith should have been made vice-captain on the basis that he’s a young captain, he probably hasn’t captained a helluva a lot, but there’s nothing like captaining at international level to improve your captaincy. The only way you get better as a captain is to do the job, make mistakes, and learn from them.”

Coming back to the current edition of IPL, the same pundits who asked to drop Bailey wanted Glenn Maxwell as the skipper. On Sunday, Bailey’s unbeaten 61 from 32 won the KXIP the game. And smilingly as ever, the skipper didn’t just walk away with the two points but the man-of-the-match trophy as well. Overall, KXIP have been a struggling franchise in IPL. After making the play-offs in the first edition in 2008, the side failed to proceed beyond the group stage in the next five editions. A complete revamp was done last year and the happy go-lucky Bailey was appointed the skipper. True, they had put together a solid side, but even the most talented cricketers need to be directed well. The Delhi Daredevils side of recent years has had the best of cricketers around the world, but how often have we seen them failing to gel together.

Bailey got the combinations right and often shuffled the batting order as per the situation. He  promoted the likes of Manan Vohra, Wriddhiman Saha, Anureet Singh, Sandeep Sharma and Axar Patel. Saha, who spent years as a Chennai Super Kings (CSK) fringe player, was often seen coming in at No. 3. Who can forget his hundred in the previous year’s final! Patel became a household name and soon found himself wearing the India colours. Bailey himself scored 257 runs at an average of 28.6 and a strike-rate of over 135. He let the others have the fun. It was he who often thrived when the chips were down. Whenever he felt he erred, he came out and spoke about it, fixing it before the next outing. The KXIP unit were beaming with positivity and Bailey’s smile embodied that.

Australians play it hard and have no qualms in displaying that. They have been led by men, who are either very studious or exceptionally talented, and have proudly flaunted their aggression. Here’s an Australian who leads the side in a very un-Aussie way. Keeps the sledging to himself and always carries a sunshine smile, beneath which there is bound to be a steely thinking character and the performances do reflect that.

He is someone who gets along with most and there is a Virender Sehwag like calmness and contentment around him. Fitting that both play in the same side in IPL. Bailey is the dream sort of likeable, smiling gentleman every girl would like to marry. He is also a good athlete and footballer, having potential to make it to AFL. He is a fine leader of men. He scored in the high 90s in HSC, helps his mom with gardening and on top of that, his smile creates an environment of positivity. He has a rich cricketing pedigree; he is the great, great grandson of George Herbert Bailey, who was part of the 1878 touring squad to England.

It was tough for many critics to digest the fact that he was presented with a Baggy Green despite averaging under 38 in First-Class cricket. He made it to the Ashes as he had scored 474 runs at 118.5 in the ODI tour to India. He was brilliant and the selectors found that tough to ignore. But talking of One-Day Internationals (ODIs), he averages above 42 and has a strike-rate of over 86. Most often he has done the dirty job of filling for Clarke as a captain at the last moment. Seldom has he got time to plan or build the side in his own way, he has led amidst unrest and uncertainty, but he has done the job well and with a smile. He justifies his nickname ‘Hector’. In the story of Troy, Hector was a great warrior, not necessarily the best, but certainly the most liked. That sums up Bailey. 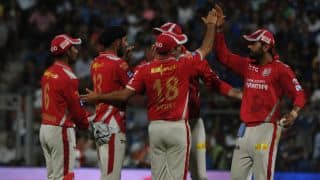 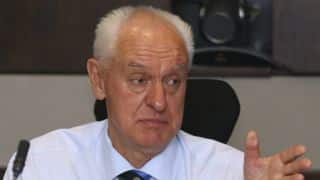