Maxwell has made a name in limited-overs cricket as well as by with his off-spin.

Born on October 14, 1988, Glenn Maxwell, is a hard-hitting Australian all-rounder who has made a name in limited-overs cricket as well as send down crucial overs with his off-spin. Nishad Pai Vaidya looks at Maxwell’s career.

February 3, 2013. Australia were up against West Indies in a One-Day International (ODI) at Perth. Glenn Maxwell had an ordinary outing as he was dismissed first ball. He did return to take four wickets, but was hit for four sixes in an over by (of all people) Sunil Narine.

Yet, miles away, the phenomenon of Maxwell made waves. At the Indian Premier League (IPL) 2013 auction, Mumbai Indians (MI) snapped this relatively unknown player for a whopping USD 1 million. “Who is this Glenn Maxwell?” asked the world.

With all that hype and reputation, the almost unknown face (with a mysteriously permanent five-day stubble) entered the IPL. He failed to break into the formidable MI line-up. He only featured in a handful of games for them in the IPL season and the Champions League T20 (CLT20) 2013 that followed. A million-dollar waste, they said.

A year down the line, Maxwell has shown his true metal not only in international cricket, but also in IPL. Being the catalyst for Kings XI Punjab (KXIP), he was one of the biggest hits of the tournament and that won him the Man of the Series.

There are many things Maxwell can boast of early in his career:

–          He has the joint-fastest fifty for Australia in ODIs with Simon O’Donnell, which he achieved in 18 balls.

–          With his off-spin, he defended two runs in the last over against Pakistan in an ODI to become the second man to do so after Chris Pringle.

Maxwell’s cricketing stakes have certainly soared in recent times and the Australian selectors’ faith has paid rich dividends. He rose through the ranks as an off-spinner who batted down the order for Victoria. He could bowl some tight overs and then give it a whack with the bat.

In this era, such ability is gold-dust and he quickly found his calling in T20 cricket. Even before he played for Australia, Hampshire picked him for their T20 squad in 2012; some good performances with the bat led to him being picked for the Australian side just before the World T20 that year.

There was that unknown aura about him. He had been aggressive in domestic T20s, but his numbers were not all that great. It was clear that he was picked more on potential and that has worked wonders for all concerned.

However, Maxwell lived up to the expectations the selectors had bestowed upon him. In no time he established himself in the Australian ranks in the limited-overs format. They even sent him to open batting against West Indies, and he responded with an unbeaten fifty. That came a couple of days before the much talked-about IPL auction.

To everyone’s surprise, he was picked for the Test tour to India in 2013. He featured in two Tests, but that was more because of his off-breaks than his batting. He was not successful in these matches, and was subsequently restricted to limited-overs.

Later that year in India, Maxwell smashed three fifties in the ODI series. One of them was that 18-ball fifty mentioned above, which gave India a scare (albeit a temporary one) after Rohit Sharma had scored that double ton. That tour showed Maxwell’s true potential and Australia have been flexible with him since, even promoting him to No. 4.

One of Maxwell’s career highlights has to be his 74 against Pakistan in World T20 2014. Even Saeed Ajmal was not spared as he fearlessly swept across the line and gave the bowling a hammering. In the end Australia could not get across the line, but Maxwell had well and truly shown that he was a serious competitor in the format. He took that form into the IPL 2014 and the rest, as they say, is history as he smashed 552 runs.

Maxwell’s bowling is more stable than spectacular. He can bowl some crucial overs and build the pressure. As an off-spinner, he often prefers to come from round the wicket and attack the stumps. It was that technique that worked wonders as he defended two runs off the last over at Abu Dhabi against Pakistan.

There is a lot to come from Maxwell though he has achieved a lot in such a short span. He has recently been recalled to the Test side and would be ready for the challenge when it beckons. There is, however, one aspect of batting he would want to work on: the weakness against leg-spinners, who tend to get him out. 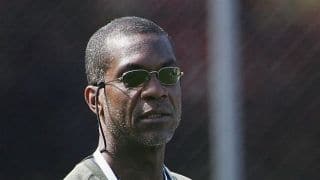 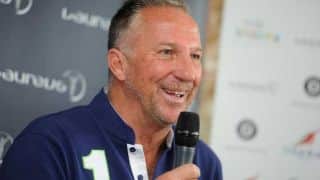