Glenn McGrath was not only a great fast bowler who bowled Australia to innumerable victories; he also managed to raise the performance of his bowling colleagues to the next level. Arunabha Sengupta argues that the New South Wales paceman was the key factor that made a very good side into the undisputed champions of the world. 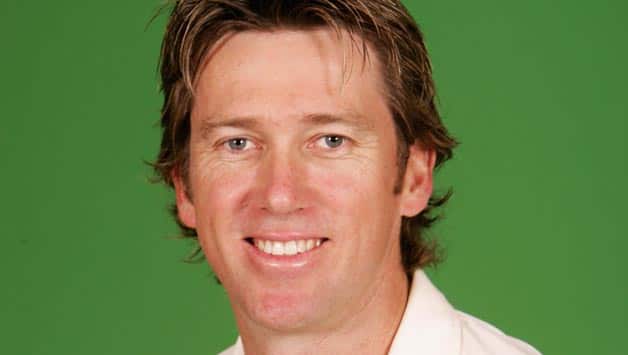 Glenn McGrath’s career from November 1993 to January 2007 more or less exactly coincided with Australia’s undisputed dominance in world cricket. A close scrutiny of the numbers makes one ask whether Australia would really have been this great a side without him. The answer is probably negative © Getty Images

Glenn McGrath was not only a great fast bowler who bowled Australia to innumerable victories; he also managed to raise the performance of his bowling colleagues to the next level. Arunabha Sengupta argues that the New South Wales paceman was the key factor that made a very good side into the undisputed champions of the world.

Before the 2005 Ashes, Glenn McGrath famously predicted a 5-0 rout in favour of Australia.

The first Test at Lord’s followed his script. Australia won by 229 runs, and McGrath picked up nine wickets. And then he stepped on the ball.

What happened next has gone down as some of the most spellbinding Ashes history. Kevin Pietersen emerged the hero, Shane Warne fatally dropped him on the final day of the series and England came back to clinch the series 2-1.

Yes, Andrew Flintoff, Steve Harmison, Simon Jones, Matthew Hoggard all played their roles. However, the series was perhaps decided when McGrath trod on the ball and twisted his ankle on the morning of the second Test. England squeezed home by two runs as he sat out at Birmingham.They won again, by three wickets, when wear and tear in his elbow ensured that he could not play the fourth Test at Nottingham. The Tests he played were either won by Australia or drawn.

It is undeniable that McGrath’s presence alwaysmade a difference. The Australian team was an unbelievable collection of talented individuals, a confluence seldom witnessed across space and time. They were always a superb side. But, it will not be stretching facts to say that McGrath was the one who made the difference between an excellent side and a champion team, he was the fine line between hard to beat and invincible.
And his greatness went beyond personal brilliance. He had, as the figures will show, the ability to lift the performance of others, turning the promising to good, the very good into great and converting other great bowler in the line-up into unplayable.

The overall figures of McGrath underline his supremacy. A haul of 563 wickets in 124 Tests at 21.64 put him at par with the greatest of them all.

However, the following numbers speak of his brilliance in more eloquent terms. His career from November 1993 to January 2007 more or less exactly coincided with Australia’s undisputed dominance in world cricket. A close scrutiny of the numbers makes one ask whether Australia would really have been this great a side without him. The answer is probably negative.

In analysing thefigures, we haveattempted to prevent dilution of the tale told by the numbers and have thus kept the matches against Zimbabwe and Bangladesh away from the equation.

Looking at Australia during McGrath’s career, we find them winning 95 and losing just 28 of the Tests they played, giving them an incredible win-loss ratio of 3.39. However, when McGrath played for them, the ratio went up to 4.05. Without him, it remained impressive, but not quite that remarkable at 1.75

What is even more remarkable is the way the opposition teams on an average scored 340 runs per innings when McGrath did not turn out, and were bowled out for 260 when he did.

The McGrath Effect was even more pronounced when Australia played at home. In the away games or Tests played on neutral territory, the McGrath magic was present but not statistically significant. Outside Australia, the team won 30 and lost 15 with McGrath and won nine and lost five without him. Abroad, he changed the win-loss ratio from 1.8 to 2.00.

However, at home his influence was spellbinding. The 64 Tests McGrath played at home saw Australia win 51 and lose just five, with a win-loss ratio of 10.2. However, in the 14 matches he did not play, the team won five and lost three—with an unremarkable success rate of 1.66. The average opposition team total with McGrath in the side at home was 252.Without him it went up to 348.

Australia at home during McGrath’s career

Both the above tables lead us to wonder whether it was McGrath who was the key factor in turning a very good team into the world champions they were.

Strangely, McGrath’s own bowling figures actually improve outside Australia. In fact, his greatness wasnot affected by minnows either.

In retrospect, it is quite fair to say that the difference in home-away records of Australia during 1993-2007 is because of the other bowlers not being able to scale to the extent of McGrath,coupled with the ability of the opposition bowlers in utilising their home conditions. As far as McGrath was concerned, he continued to bowl impeccably all around the world.

The second table above also tells us that of all the cricketing tasks in the world, the most arduous during 1993-2007 was to defeat Australia in Australia when McGrath was in the side.

As we notice, there were just five defeats in such encounters in 64 Tests. A special mention should be made of the teams that managed the unthinkable.

Alan Donald and Fanie de Villiers performed the magic in January 1994 at Sydney. Almost two years later, on the same ground, Wasim Akram and Mushtaq Ahmed managed to pip Australia by 74 runs. The West Indian pacemen — particularly Curtly Ambrose — did it twice, in the third Test at Melbourne and the fifth Test at Perth of the 1996-97 series. Finally, Darren Gough and Dean Headley managed a miracle at Melbourne in December 1998.

From 1999 to the end of McGrath’s career in 2007, Australia never lost a Test match at home with the New South Wales bowler in the team. 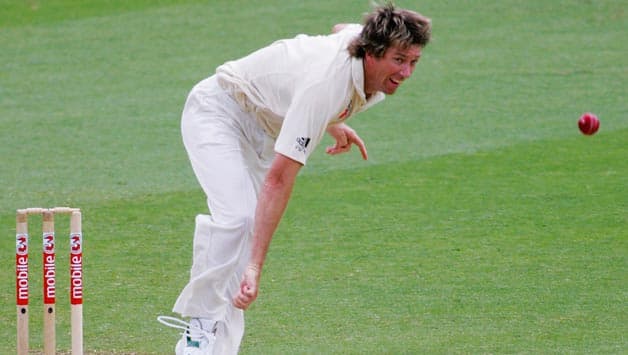 Glenn McGrath was the key factor that made a very good Australian side into the undisputed champions of the world. McGrath s compelling numbers vouch for that © Getty Images

Taking the others to another level

Of course, there were other superb bowlers in the Australian team during this era. Warne, Jason Gillespie and Brett Lee were all excellent performers.

Yet, we do find that it was McGrath’s presence which made Gillespie turn from average to brilliant, Lee from decent to very good and lent Warne that crucial element which made him all the more dangerous.

From the table we find that Gillespie was lethal in combination with McGrath, but lost much of his sting when he bowled alone. Without his great partner at the other end, his bowling average plummeted into the realms of the ordinary, the strike rate went down drastically.

While Lee was not affected to the same extent, he did find taking wickets a wee bit tougher when he had to spearhead attacks and McGrath had not dented the line-up for him to pulverise with his speed.

The figures of Warne, on the other hand, are interesting. His wickets per Test went downonly marginally when McGrath was not playing. However his strike rate took quite a beatingwhilehis economy rate improved, demonstrating that he was a less attacking and more containing bowler when the side bowled without McGrath.His bowling average also went down slightly, as is prone to happen with bowlers who hunt in pairs.

Not only was McGrath a prodigious bowler who bowled his team to victory, he was also someone who influenced the bowling of his colleagues, helping them raise their levels.

Surely one of the greatest ever, the like of whom we may never see again.