Greg Chappell, the current Australia Under-19 and former India coach, recently made comments stressing on the importance of street cricket in the growth of a cricketer. Aayush Puthran analyses the comments of the Australian and feels that it has just come at the right time. Greg Chappell, the current Australia Under-19 and former India coach, recently made comments stressing on the importance of street cricket in the growth of a cricketer. Aayush Puthran analyses the comments of the Australian and feels that it has just come at the right time.

One of the most vivid memories I have of playing cricket as an 11-year-old kid was of being involved in a two-over match. Being the youngest kid in the group and also the weakest player, I was played as a ‘common’ to balance out the strengths of both sides. However, it happened to be a good day for me as defending a total of 12 runs, I managed to pick a hat-trick and then switched sides to slam two straight sixes off my brother’s bowling to win the match for the same side whom I had weakened with my bowling.

With the natural light fading and no floodlights to the rescue, our day was over as we all walked back to our respective homes. That was the charm of street cricket. No hard feelings of switching loyalties and no half measures in winning games.

Guru Greg [Chappell], not the most revered character in India, made a point when he stressed on the importance of gully cricket and the values it imparts in the growth of a cricketer. He couldn’t have got it any better when he said, “In unstructured cricket, you play without the supervision of parents, coaches or elders. Sometimes you play the older guys. The thing is that kids start learning to compete at an early age,” as quoted by DNA.

If Chappell’s words are to be examined more closely, it gives a slight indication as to why cities like Mumbai aren’t producing as many national players as they did in the past and how, at the same time, more players are emerging from the smaller towns in the country. Lack of space in big cities and an emerging fad lately has made parents force their children into academies at a much younger age. With more importance given to the technical aspects of the game in the academies, it is not surprising that many of these children lose interest in the game.

Talking about the importance of street cricket, sports psychologist Mugdha Bavare says, “It helps you grow as a person. There are absolutely no boundaries to how much you can learn. There is more time to experiment and learn all by yourself. With no additional supervision from parents and coaches, it eliminates the fear of failure and teaches one to learn from it.”

Bavare also agrees with Chappell’s point when he states that players like Mahendra Singh Dhoni wouldn’t have been as good cricketers had they joined cricket clubs at an earlier age. She says, “Street cricket helps in developing better decision making power. It helps in the overall shaping of one’s personality. Over a period of time, those who play a lot of gully cricket end up becoming more accommodative and better team players.” However, she stresses on the fact that organised cricket is not killing anything, but it needs to be taken up at the right time.

Chappell makes a lot of sense, especially in context of modern times wherein all the hustle and bustle of the fast-paced and increasingly competitive world, there is a virtual killing of the sportsman within a child much before he turns into a cricketer. Giving a rigid approach to a sport that has its learning in frolic is a harmful trend. Many cricketers in the past too have narrated their anecdotes of street cricket and their learning from it. The former India coach’s comments have come at the right time and needs to looked upon seriously. 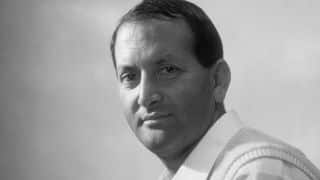 Basil D’Oliveira: The man who triggered the international cricket boycott of South Africa