Let’s ponder at some of the key clashes which can act as a catalyst in deciding the outcome of the match.

Delhi Daredevils (DD) and Gujarat Lions (GL) will clash in  Match No. 31 of Indian Premier League (IPL) 2016 on Tuesday. The venue is Saurashtra Cricket Association Stadium at Rajkot. Both the franchises have played some excellent cricket in the current ninth season of IPL.  GL in particular have been very impressive having won six of their eight matches in the tournament which has enabled them get to the very top of the standings with 12 points. DD, on the other hand have won four of their six games, and are at No. 4 in the points table. Full Cricket Scorecard: Delhi Daredevils vs Gujarat Lions, IPL 2016 Match 31 at Rajkot

Some big names are going to take on each other in the 31st fixture making it all the more exciting. Winning these major battles is critical for the two teams if they wish to triumph in the game. Let’s ponder at some of the key clashes which can act as a catalyst in deciding the outcome of the match.

1. Quinton de Kock vs Praveen Kumar and Dhawal Kulkarni: This will be a battle of nerves between a batsman who has been one of the top run-scorers in the tournament, and two talented fast bowlers. Praveen relies more on his good line and length while Kulkarni is adept in swinging the ball with pace variation. If any of these two bowlers (who will ideally share the new ball), send the in-form de Kock back to the dugout early on in the innings, it will build some serious pressure on the Daredevils. This is very much a possibility, it happened in the last match. On the flip side, if de Kock gets his eye in then Lions have to be ready for some serious hammering from the southpaw.

2. Shreyas Iyer vs Dhawal Kulkarni: Shreyas is a very talented batsman but somehow he has not been able to pack the same punch which he did in Ranji Trophy 2015-16. He can certainly perform in T20 cricket as well since his scoring rate is phenomenal. Kulkarni with his shrewd outswingers will try to get the better of Shreyas. If he survives the first few overs and gets going, things might get difficult for the Lions, but at this moment Kulkarni is not just swinging the ball well but even having a good control over it. READ— Gujarat Lions vs Delhi Daredevils, IPL 2016, Match 31 at Rajkot: DD’s likely XI

3. Dwayne Smith vs Zaheer Khan: Zaheer has lost some of his pace with age, but his wily approach and the ability to judge the mindset of the batsman will play a crucial role when he will bowl to Dwayne Smith, who can be very destructive at times. Smith has the ability to take the game away from the opposition in a matter of minutes but he has to give some respect to Zaheer early on as the bowler has only got better and added more artistry to his bowling with experience. He is not as lethal a bowler as Smith is with the bat, but certainly he has many tricks up his sleeve to outfox even the best batsmen in IPL 9.

4. Brendon McCullum vs Mohammed Shami: Shami can be devastating with his pace but he will be up against a batter having the capability to virtually annihilate the opposition on his day. Widely considered as the most destructive wicketkeeper-batsman after Adam Gilchrist (if we talk of performing in all conditions across the globe, and even against good bowling attacks), stopping McCullum will be a task cut out for Shami.

5. Suresh Raina vs Amit Mishra: Raina is a very good batman when he is playing on batting-friendly wickets in India. It will be tough for Mishra when he comes to bowl at Raina, who has a brilliant IPL record. Raina is a good player of spin but it will not be a cakewalk for him when he will face Mishra’s legbreaks. If Mishra succeeds in skilfully mixing his conventional spin with googlies and top-spin balls as he has done in the past, he can be a very unpredictable and tough bowler to survive and score against. Raina will have to be very prudent while batting against Mishra choosing the right balls to defend, rotate the strike or go for the kill.

After naming his daughter ‘India’, Jonty Rhodes now performs puja for her at temple 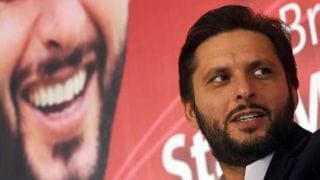