Sunrisers Hyderabad will look to continue their winning momentum against Gujarat Lions and book a place in the final of Indian Premier League 2016 along side Royal Challengers Bangalore.

Sunrisers Hyderabad (SRH) face Gujarat Lions (GL) in Qualifier 2 of the Indian Premier League (IPL) 2016. SRH’s clinical bowling show lead them to a 22-run win over Kolkata Knight Riders (KKR) in eliminator, while GL are coming off from a defeat by the hands of AB De Villiers super powered Royal Challengers Bangalore (RCB). SRH will go into the match with much confidence having played their last outing at Feroz Shah Kolta and knowing the conditions well, that puts GL in a certain handicap. David Warner will hope for a much improved performance from their batsmen this time around as Vishal Mehra presents the probable XI SRH might field against GL in Delhi. FULL CRICKET SCORECARD: Gujarat Lions vs Sunrisers Hyderabad, IPL 2016, Qualifier 2 at Delhi

Top Order: David Warner will will want to get the better of himself after his poor performance against KKR, more so the moment he was scalped at crucial time of game. Warner who looked fluent and aggressive went for an expensive drive missing the right gap. Shikhar Dhawan on the other hand will need to reignite his form, and look to spend more time in middle before trying to execute cute shots. Dhawan was gone early, thanks to impatient knock against KKR. Kane Williamson who missed out the last match could be back in the side and play the role of sheet anchor in the SRH line-up. Moises Henriques has looked good and satisfying with the bat so far and would want to continue in this must-win clash. ALSO READ: GL vs SRH, Qualifier 2: Preview and Predictions

Middle Order: With Yuvraj Singh coming back to his belligerent best, the SRH middle order does not look fragile. His knowledge and experience in big game will surely come-into consideration. Deepak Hooda has looked decent in patches but is yet to take-off. Qualifier 2 gives an great change to become a household name in Hyderbad if he shines with the bat. Naman Ojha himself has looked to frigidity in the middle when it comes to batting. He will need to bat with a more composed mind and keep an aura of calm in order to catch up with his other middle order batsmen.

Bowlers: Skipper Warner himself has credited SRH’s road to qualifier to their bowlers. Bhuveneshwar Kumar, Mustafizur Rahman have been the most economical and effective bowler in the IPL in terms of wicket taking abilities and containment of runs. Kumar and Mustafizur choked KKR from winning the match in the final stages of the game. Barinder Sran has complimented them with his quick pace, aggressive line and length bowling. Even though wayward at times Sran has been able to pick up wickets at crucial moments. Henriques provide SRH with much needed variation and adds another dimension to their left-arm heavy pace attack. Bipul Sharma who played the last match has the midas touch with bat in final over which jumped SRH’s total to 162, will need to find the form with the ball as well. 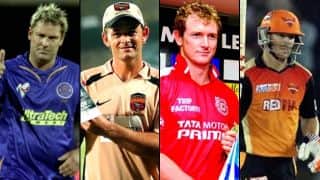 David Warner and the Australian domination in IPL 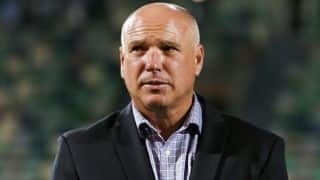