Happy Birthday Mithali Raj: 10 Interesting Facts You Should Know About The Batting Superstar 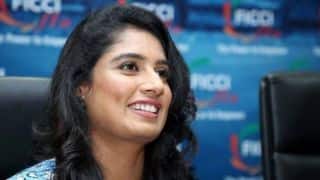 Mithali Raj is celebrating her 38th birthday today and we take a look at some of the interesting facts from her personal and professional life.

Mithali Raj turns 38 today. The batting superstar has carved a storied international career and continues to be the ambassador of India women cricket for over two decades now. One of the finest cricketers to have played the game, Mithali is a batting legend. She made the world sit up and take notice after making a stunning international debut as a teenager back in 1999. And her feats over the years, naturally, pushed Indian women cricket to neweer heights Here we take a look at some of the interesting facts from her personal and professional career:- #Cricket was never Mithali's first love. Growing up, she learnt Bharatnatyam and to make a career as a classical dancer. But, as it turned out, destiny had other plans for her. #Her father was an officer with the Indian air force who waned Mithali to be active and disciplined. And initially, she started playing cricket to make her parents happy. #Mithali is the only India captain (male or female) to have led the team in two different ODI World Cup finals (2005 and 2017). #In 2003, she was given the Arjuna Award and in 2015, was bestowed with Padma Shri - India's fourth highest civilian award. #Mithali is an avid reader. During the 2017 ODI World Cup final, the picture of the then India captain Mithali reading a book before going out to bat against England went viral on the social media.