Off-spinner Harbhajan Singh has announced his retirement from Day 1 of Test cricket. The decision was taken after enduring yet another abysmal performance on the first day of the Chennai Test against Australia, and not-so-great first day either at Hyderabad Test. 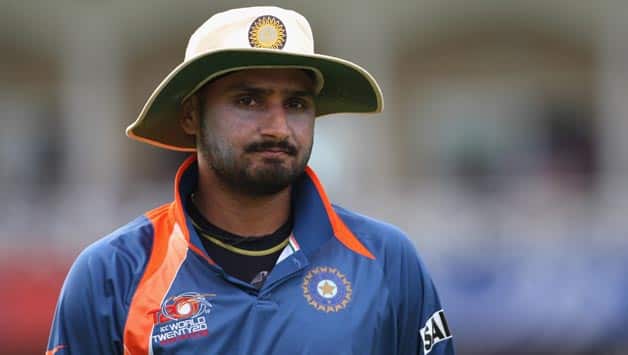 Off-spinner Harbhajan Singh has announced his retirement from Day 1 of Test cricket. The decision was taken after enduring yet another abysmal performance on the first day of the Chennai Test against Australia, and not-so-great first day either at Hyderabad Test.

“The only time he turns is when he drives his Hummer,” said a frustrated fan who also witnessed dropped catches by Virender Sehwag on the first day of Chennai Test.

Talking about the new rules of retirement, a senior official of the Board of Control for Cricket in India (BCCI) said that it was aimed to provide increased flexibility to the players. He was confident that the International Cricket Council (ICC) will agree to adopt the new rules.

“This is a wonderful concept. Wish we had framed such rules earlier. Sourav Ganguly could have happily retired from the period fast bowlers were operating and could have continued playing longer,” the official said.
For a moment as emotional as this, Harbhajan Singh stayed composed throughout the press conference.

Addressing the media, Harbhajan, commonly known as Bhajji, said, “I have informed the Selection Committee and the BCCI. Ideally, I would have liked to bowl only on Day 5, but that would mean too much pressure on youngsters to handle.”

He praised the young talent pool of spinners that India was bestowed with and mentioned Ravindra Jadeja’s name with a chuckle.

Asked to name one promising pacer, he struggled for a while before answering, “Milkha Singh”

As he hails from Punjab, he also expressed his desire to appear in the next season of IPL as a foreign player from Canada, but it’s not clear if BCCI will change IPL rules for him.

Indian cricket team captain MS Dhoni was also present at the conference. Dhoni said that Harbhajan was going through a recovery phase after lifting Nita Ambani during an earlier IPL. Dhoni, however, acknowledged that the retirement decision was a great loss to the nation and Nach Baliye.

“For a spinner, the ability to not turn the ball on Indian pitches is a skill in itself and Bhajji has done it consistently over the years,” he further added.

Dhoni was later accused of calling Harbhajan a spinner by a frustrated fan. “Even Mamata Banerjee and Mulayam Singh Yadav turn better,” the fan yelled.

Speaking to Faking News, Duncan Fletcher, alleged coach of Team Indian, refused to comment on his role behind Harbhajan’s retirement. “I have done nothing!” were the exact words he said without the slightest change of expression.

At the time of writing this article, Munaf Patel announced bowling in the death overs and Sehwag has announced retirement from opening the innings.

(Rajesh Choudhary is a writer for www.fakingnews.com from where the article has been reproduced with permission. Rajesh tweets as @rajeshspeaks)