MI are currently at the fourth position in the IPL 2016 Points Table, with 14 points from 13 games

Mumbai Indians star Harbhajan Singh has said he is confident for his side’s must-win game against Gujarat Lions. Speaking at the Press launch of BallR, Harbhajan, who is the brand ambassador of the mobile fantasy gaming company, revealed he feels no pressure in a game which may decide the course of Mumbai Indians’s qualification for playoffs in the ongoing Indian Premier League (IPL) 2016 tournament. Mumbai are currently at the fourth position in the IPL 2016 Points Table, with 14 points from 13 games. A win against Gujarat Lions (GL) may all but secure their qualification, but a loss will end their pursuit for back to back IPL titles. CricketCountry’s R Narayan caught up with the star Indian spinner for a quick round of questions. ALSO READ: Harbhajan Singh: T20 Cricket is in favour of batsmen at present

R Narayan (RN): Who according to you will finish in top-4?

RN: Mumbai Indians (MI) take on the Gujarat Lions (GL) in a must-win game. How do you feel about it?

RN: Are you feeling extra pressure as this is a must-win game for you?

HS: Every game is a pressure game. Whether, you play first or the last, there’s always a pressure.

RN: What are your thoughts on being the brand ambassador of BallR?

RN: In India, the batsmen are generally in the demand. How do you feel about this, considering you are a bowler?

HS: Yeah, that’s a fact you know with Indian cricket (laughs) that the batsmen always gets more advertisements and stuff you know. If you see, over the years I have seen batters get advantage over the bowlers, but that is how it is, and you can not really do anything about it , all you can do is work on your stuff you can do and that is all.

BallR is a mobile based fantasy app, and has offices in Sydney, Singapore United States of America and now Delhi . The app will give the users an option to predict the next wicket or the number of runs in an over. An event was held in Delhi to launch the app, and it was hosted by famous TV anchor Archana Vijaya. The CEO of BallR, Sam Jones, along with its India head Rohan Kumar were also present on stage to give the media a brief about the app. BallR will start of the app with cricket, before adding football and basketball in July and October respectively. The app will be released on May 24, 2016. 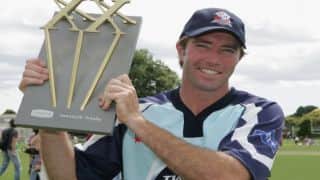 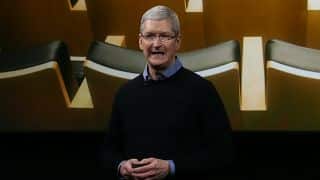