Harbhajan Singh stood glorious even in defeat after a dazzling innings of 64 that extricated Mumbai from the depths of despair to a realistic chance of winning against the Kings XI Punjab in their Indian Premier League (IPL) 2015 encounter.

Harbhajan Singh stood glorious even in defeat after a dazzling innings of 64 that extricated Mumbai from the depths of despair to a realistic chance of winning against the Kings XI Punjab in their Indian Premier League (IPL) 2015 encounter. Nishad Pai Vaidya reflects on the importance of the knock.

“In great attempts, it is glorious even to fail.”

Harbhajan Singh epitomised the saying on Sunday when his self-belief under crisis gave Mumbai Indian a sniff of victory in the final over of the match.

When Harbhajan walked out to bat at 59 for six in the 14th over it looked a lost cause for Mumbai, who were chasing 178 to win. It was the kind of task that the most optimistic of Mumbai Indian fan would not even have expected from Kieron Pollard to surmount. But what unfolded was the fighting spirit that Sardars have been typically acknowledged for. Harbhajan came out all guns blazing to smash his way to a 19-ball fifty and give Mumbai a glimmer of hope in the last over. The appreciate applause he got from the opposition and the standing ovation he received from his own team-mates at the end of it all, tells a story.

What the points table don’t tell is the difference Harbhajan made to his team. Had Harbhajan too got out cheaply and Mumbai suffered an ignominious defeat, the morale of the team would have been debilitating. Instead, they can approach their next challenge with their heads held high. In hindsight, it could well be Harbhajan’s knock on Sunday could be a watershed moment for Mumbai Indians this season.

The significance of his innings also helped Mumbai avoid taking a beating on the net run-rate. When teams battle it out for the four slots at the end of the league phase, net run-rates often plays a critical role. Mumbai would know it well for they made it through thanks to a superior net run-rate over Rajasthan Royals in IPL 2014.

Harbhajan’s innings also brought back memories of his free-stroking batting in the bygone past. Although a regular No. 8, Harbhajan has always had the skills with the bat. His two Test centuries stand testament to the fact. In one-day cricket, he has made those small but crucial contributions on a few occasions to show his value. In some ways, it reminded one of his innings of 49 off 18 balls against Deccan Chargers in IPL 2010. Mumbai were 119 for six in the 17th over when they lost the in-form Sachin Tendulkar. Out came Harbhajan and carted the bowling to all parts in the last three overs and took Mumbai to 172. Deccan never recovered from that assault.

The matches ahead for Mumbai Indians will unfold the gravity of Harbahjan’s knock on Sunday. 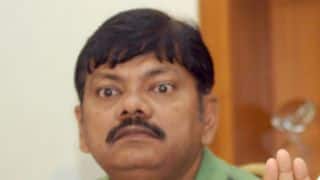 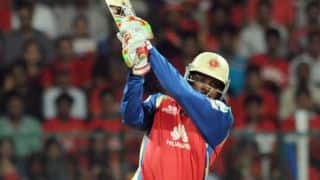