When all the statistics of Harry Owen Rock’s short First-Class career were added up, he was found to have scored 560 runs from his 4 Sheffield Shield games at an average of 112.

A young man answers the patriotic call to arms and goes to war, joining the Australian Imperial Forces and is posted to the 3rd Brigade Artillery, sailing to the Western Front in September 1916, not yet 20 years of age, and loses some years of his youth, like thousands of others. He spends time and energy in extricating horses and horse-drawn artillery pieces from the cloying mud of the battlefields and strains his knee ligaments in the process. He takes his Bachelor of Medicine degree from the University of Sydney in 1926 along with Otto Nothling, of dubious fame. He also plays a little cricket.

This is what the Wisden had to say about him: “Slightly built, he was a tremendous driver and had a wonderful gift of placing the ball and a basic soundness of technique which enabled him, as an opening batsman, to score at a great pace without taking undue risks.”

The first mention of Owen Rock in the cricket archives is from the time he played for the New South Wales Colts team against the visiting MCC team of 1920-21, at Sydney. The Colts team fielded 12 men but could only score 84 in the first innings. The wicketkeeper, Reginald Gostelow, top-scored with 19, Rock contributing 5 runs. For the tourists, Abe Waddington took 8 for 33.

MCC put up a massive 702, Patsy Hendren scored 211, and ‘Young Jack’ Hearne made 144. Rock did not bat in the second innings of the drawn game, but learnt the value of substantial individual contributions to a team score.

Rock’s next match was for the Australian Universities versus the touring MCC team of 1922-23, in Melbourne. Opening the innings, and batting only once, he scored 35.

We learn from Gideon Haigh that Rock’s First-Class debut came somewhat fortuitously, in the absence of established stars of the NSW team, such as Herbie Collins, Charles Macartney, Warren Bardsley, John Scott, and Johnny Taylor. Even so, he was in august company in his very first First-Class match. He was just past his 28th year when it happened.

It was a ‘home’ match at Sydney against South Australia in 1924-25, billed as ‘timeless’. Tom Andrews took first strike. Rock opened the innings, and added 61 with Andrew Ratcliffe, who fell for 29. Rock and Andrew then shared a second-wicket partnership of 184 before Rock was dismissed for 127 (in 140 minutes with 14 fours) — his maiden First-Class century and the very first century to go up on the Sydney Cricket Ground scoreboard.

South Australia followed on and scored 314, the captain getting his second century of the match (125, in 184 minutes with 11 fours). In this innings, Grimmett opened batting but was dismissed for a duck. There was a third-wicket stand of 202 runs between the skipper and Pritchard (85). This time it was Arthur Mailey among the wickets, with 6 for 99. NSW scored 54 for 1 to win the game by 9 wickets. Rock remained not out on 27.

Rock performed even better in his second Sheffield Shield game, versus Victoria, also at Sydney, towards the end of January. Under wicketkeeper-captain Ratcliffe this time, NSW again won the toss and batted first, and batted, and batted, for all of 532 minutes and 148.1 eight-ball overs, scoring 614.

NSW were shot out for 152 in the second innings, only Rock (51) scoring anything of consequence. The wickets were shared around among four bowlers. Victoria won the match by 7 wickets, scoring 265 for 3, Woodfull scoring a century (120, in 272 minutes, with only 6 fours).

Rock’s next First-Class game was against Western Australia (WA, who were not admitted to the Sheffield Shield tournament at the time)) at Sydney, the following season. WA took first strike and were dismissed for 194. The curiously named Ernest Tweeddale took 4 for 36balls. NSW scored a small matter of 639. Captain Collins (86) and Rock (151) shared a first-wicket stand of 210. There were two other centurions, #3 Macartney (114), and #4, Kippax (118). The #5 batsman, Albert Scanes, scored 94.

Rock’s third Sheffield Shield game was against Victoria at Melbourne in the last week of December, 1925. Victoria batted first and scored 413, wicketkeeper Hammy Love scoring 115. The main wicket-taker was Macartney, with 7 for 85.

Victoria were dismissed for 130 in the second innings, NSW winning the game by an innings and 162 runs.

Rock’s last First-Class game was a Sheffield Shield encounter against Victoria at Sydney, in the end of January 1926, billed as a ‘timeless’ game. Victoria batted first, scoring 290, Bill Ponsford top scoring with 79.

In between, Rock had played one more match, a sort of Test Trial, for The Rest, against an Australian XI, scoring 12 (perishing to an outstanding out-swinger from Gregory) and 35, and not doing full justice to his undoubted talent.

A persistent leg injury, picked up in his War days when he was forced to drag those heavy, ancient firearms through mud and song, did not do help Rock’s cause.

When all the statistics of Owen Rock’s short First-Class career were added up, he was found to have scored 560 runs from his 4 Sheffield Shield games at an average of 112. Only two other players have averaged over 100 in their Sheffield Shield careers, and both are legends of the sport.

So where do these figures place Owen Rock in the pantheon of the greats? Statisticians will argue that the sample size of his scores in Sheffield Shield cricket is too small to form a reasonable comparison, and they may well be correct, but there is no denying the fact that Rock had proved his batting credentials in no uncertain manner given the limited opportunities he had.

Having qualified in Medicine in 1926, Rock took up a position as a Doctor at Newcastle, and his medical practice keeping him very busy, played no more cricket, which was a great pity in many ways. In later years Wisden remarked that but for this career decision, “he must surely have ranked among the greats”. 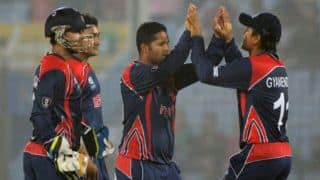