Shahid Afridi has apparently been rested for the upcoming Pakistan tour of England 2016.

New Pakistan selector Inzamam-ul-Haq has made it clear that he means business. His first task was to pick the Pakistan team for the tour of England. Considering all options for this assignment very seriously, he has sacked two bright players in the Pakistan side — Ahmed Shahzad and Umar Akmal. The duo were involved in a brawl not too long ago and have not been picked on disciplinary grounds. Many cricketers like Kevin Pietersen, Grant Elliott and Chris Gayle have expressed surprise and disappointment over the non-selection of Shahzad. But there was one more prominent name missing from the list of 35 probables and that was of Shahid Afridi. READ: Waqar Younis blames Shahid Afridi for Pakistan’s defeats in World T20, Asia Cup 2016

The selection committee has decided to “rest” Afridi on the pretext that they wanted to give youngsters a chance. Afridi is still an active player for Pakistan in the Twenty20 International (T20I) format. To Inzamam’s credit young players like Sami Aslam, Bilawal Bhatti, Mohammad Aamer, Hasan Ali have been included, but are the selectors trying to tell Afridi that his international career is up?

Meanwhile, Afridi has backed the selectors’ decision to promote the youngsters. “Appreciate the approach by selection committee. Happy that youngsters are getting a chance. I am going to play county cricket this season and will try to prove my fitness & form and make a comeback,” Afridi tweeted. READ: Kevin Pietersen surprised at Ahmed Shehzad’s omission from Pakistan squad for England tour

Afridi in his last three series as captain, did very little to help his team cause. During Pakistan’s tour of New Zealand, he started off with a bang, winning the first of three T20I series against the hosts. But then lost the remaining two comprehensively and Afridi despite putting up a man of the match effort in the first game, faded away.

Moving on to the Asia Cup, Pakistan had another disastrous campaign. Afridi was horrendous with the bat and picked up just a couple of wickets in the entire tournament, although he was economical. The recently concluded T20 World Cup was a disaster as well. Pakistan won just one match, against Bangladesh and Afridi  was the star. After that he did not contribute much.

There were many questions raised about his captaincy as well. It was known that he did not have a good equation with coach Waqar Younis. There were many calling for his head in the middle of the T20 World Cup campaign. READ: Shahid Afridi concerned about Pakistan cricket’s future; expects PCB to concentrate at grassroots level

Afridi with his vast experience could have done a lot more for the benefit of his team. Then again, it can be argued that his teammates too did not support him well on a consistent basis. With Pakistan playing just six T20Is in the next 14 months, it is perhaps the right time to groom a few youngsters in the Pakistan side. Letting go of Afridi may definitely be one step in that direction.

Even though Afridi has vowed to make a comeback, the doors seem pretty much closed for the 36-year old veteran. 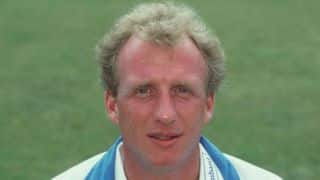