Hemulal Yadav was deep in conversation with his manager at the boundary line before the play was about to start.

On December 20, 1997 at Cuttack, Hemulal Yadav became the first batsman to be ruled timed out during a First-Class match. Abhishek Mukherjee looks at the dismissal of a man completely oblivious to the proceedings.

After the fall of a wicket or the retirement of a batsman, the incoming batsman must, unless Time has been called, be in position to take guard or for his partner to be ready to receive the next ball within 3 minutes of the dismissal or retirement. If this requirement is not met, the incoming batsman will be out, Timed out. Law 31.1 (a).

Of all modes of dismissal, timed out was the last to be added to the Laws of Cricket as late as in 1980. The objective was to reduce unnecessary delay during matches. Though the dismissal has still not taken place in international cricket (players are forced to sit in the dugout during T20s where a batsman needs to walk out within 90 seconds of a dismissal instead of 180), it was due to Hemulal Yadav that timed out made its way to the annals of First-Class cricket for the first time.

Tripura removed both openers early after Sanjay Raul batted, reducing Orissa to 8 for 2. It was a day of toil for them since then as Pravanjan Mullick and Raul put up 243 for the third wicket. Though Aditya Shukla got Raul (139) towards the end of the day, Orissa finished on 264 for 3.

Day Two saw a 115-run stand between Mullick and Rashmi Ranjan Parida. Yadav chipped in with the wickets of Prasanta Mohapatra and Robin Morris, but Mullick slammed 201 to take the match out of Tripura s grip. Raul declared at 521 for 8, leaving enough time for Debasis Mohanty to take out the Tripura openers before stumps. Resuming at 35 for 2 Tripura managed to get away with the loss of only 5 wickets on a rain-affected Day Three.

The eighth Tripura wicket fell on 198 on the final day, but Shukla hung around, helping Vijay Bhatnagar put up 37 for the ninth. The breakthrough came when Ajay Barik had Bhatnagar caught by Morris at 10.28 AM. The umpires, Sankara Dendapani and KN Raghavan, decided to call drinks. Tripura were 235 for 9 at this stage.

What did Yadav do?

Yadav had padded up, but to quote Brian Levison from Amazing & Extraordinary Facts: Cricket, was still deep in conversation with his team manager on the edge of the boundary when play was due to restart . The conversation must have been intriguing enough to keep his mind off the match.

The substitutes left the ground. Play was about to resume at 10.33 AM. According to Bill Frindall, Yadav sat near the boundary but made no effort to go to the crease . Raul appealed, and the umpires created history by ruling Yadav timed out.

Yadav s irresponsibility meant that Tripura s follow-on was not delayed, even if by one ball. Raul himself came on first-change to remove Amikar Dayal early, but Rajarshi Chaudhuri and Satrajit Lahiri played out time, adding 141 for the second wicket. Orissa finished the contest with 5 points while Tripura were awarded 3.

When they took away the feat from Yadav

Wisden proposed a change of laws in 2006. The new law gave the matches played in South Africa by the non-whites during the apartheid era First-Class status. To quote the almanac, a total of 223 matches were retrospectively made first-class, comprising 216 in the provincial competition (variously known as the Dadabhay Trophy, SFW Trophy and Howa Bowl) and seven representative matches.

– Yadav played 3 more First-Class matches, all in that season s Ranji Trophy. He finished with 24 wickets from 8 matches at 35.12.

– Barring Jordaan and Yadav, only three other men have been ruled timed out in First-Class cricket at the time of writing this article: Vasbert Drakes for Border against Free State at East London, 2002-03; Andrew Harris for Nottinghamshire against Durham at Trent Bridge; and Ryan Austin for Windward Islands against Combined Campuses and Colleges at St Vincent in 2013-14. 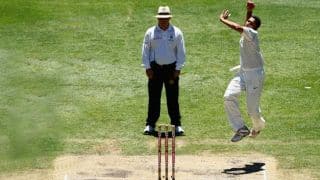 Indian spinners — analysing their careers without spinning a yarn of romance 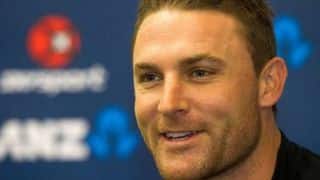