In IPL, Chris Gayle has scored more than 75% of his runs in boundaries.

Twenty20 cricket has a lot to do with scoring more boundaries (fours and sixes) than running singles. Bharath Seervi lists batsmen who have scored highest percentage of their Indian Premier League (IPL) career runs in boundaries.

In the eight Indian Premier League (IPL) seasons since 2008, there have been many great hitters of the ball who score most of their runs from sixes; there have been some who rely on hitting more fours than sixes. A team gets 20 overs to bat and 6 or 7 men getting to bat (on most occasions) every innings, the batsmen need to make the most out of the limited opportunities they get. IPL: Parthiv Patel and others playing for most franchises

In IPL, Chris Gayle has scored more than 75% of his runs in boundaries (fours and sixes) which is the highest for any batsman in the tournament who have played 20 or more innings. He has scored 2,835 runs including 200 sixes and 232 fours: in other words 2,128 of his runs have come in boundaries. There are five other batsmen who have scored more than 70% of their runs in boundaries. Indian Premier League (IPL): Analysis of batting and economy rates in various phases in first seven seasons

Gayle tops both the lists but the players below him are different. Let us now look at players who have scored highest percentage of their IPL runs in fours.

All figures updated till the end of 21st match of IPL 2015 between Delhi Daredevils and Mumbai Indians on April 23, 2015. 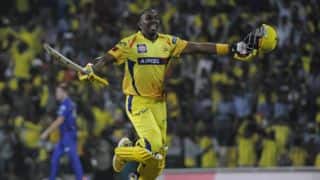 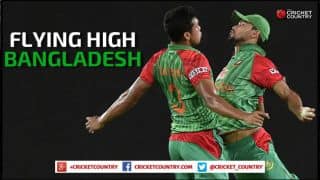 Have Bangladesh conquered their fear of losing?