Hobart Hurricanes in CLT20 2014, Preview: Underdogs, who have their task cut out

Hobart Hurricanes in CLT20 2014, Preview: Underdogs, who have their task cut out

Hobart Hurricanes make their debut in Champions League T20 (CLT20) and being pitted against sides oozing with power and experience will find the going tough. R Vishal analyses where things can be won and lost for the Tasmanian outfit in the CLT20.

The Australians finally complete the set Champions League T20 (CLT20), having had representatives from all the other states previously in the competition. Having reached the finals of the Big Bash League (BBL) 2013-14 rather unexpectedly, Hobart have players in their arsenal who can be menace for opponents in this format. Things have changed rapidly though. The team will miss a couple of key personnel who were a part of their superb run and have ultimately found themselves falling short in the other BBL – the big bucks league.

Captain: Hobart have already received a body blow with their skipper George Bailey choosing to represent his Indian Premier League (IPL) side, Kings XI Punjab (KXIP). Bailey’s abilities as a batsman too will be sorely missed by the team and will be captained by wicketkeeper Tim Paine. Having been persisted by the Australian selectors as Adam Gilchrist’s long term successor in the early part of his career, Paine has fallen down the pecking order and Brad Haddin’s consistency has relegated him to the sidelines. As Australia found out, Paine is more suited to the shorter formats and is one of the top batsmen in the roster. He is no alien to the idea of leading the team either. It remains to be seen how well he can galvanize a side that has an inferior squad compared to the rest of the sides.

Key Players: Having had a breakthrough year in last year’s Big Bash and the gold rush that ensued in the IPL auctions for his signature, Ben Dunk has a lot riding on him. There are other big-hitters who are tailor-made for the format in the likes of Aiden Blizzard, Travis Birt and Evan Gulbis. Former Pakistan captain Shoaib Malik, however will be the big fish. Malik has become a T20 specialist of sorts and comes into the tournament in a rich vein of form as he took his Caribbean Premier League (CPL)team Barbados Tridents to victory and smashed five sixes in an over in a warm up match – he could well be one of the players to watch out for.

Strength: Their bowling line-up may not have a star name but have some unheralded gems and proven customers. Doug Bollinger’s outstanding displays in IPL and now for the archives was one of the cornerstones of Chennai Super Kings (CSK) back-to-back trophy wins in 2010 and 2011. Ben Hilfenhaus is another tidy customer who comes in after a solid IPL season and left-arm spinner Xavier Doherty is a mean customer with his clever bowling. The unknown factor that has worked for teams in the past and the know-how of the conditions for quite a few members in the team are the Hurricanes’ biggest asset. If leg-spinner Cameron Boyce can exploit the slow wickets, he too can be quite a handful. The batting responsibility has handed over to a few players and if they click, the Hurricanes can well post 180+ totals.

Weakness: As mentioned earlier, it is having their tail chopped off with Bailey choosing Punjab and also Englishman Alex Hales, who is one of the best going around in T20 cricket. The lack of big names mean that the Hurricanes might well be exposed while playing the IPL sides. Certainly one of the underdogs coming into the tournament, the Hobart Hurricanes’s fortunes will shuttle in the extremes. 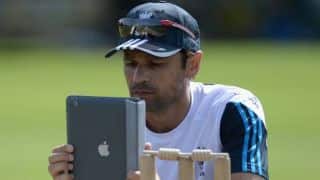