India will be extremely pleased with their effort going further into the game. If they continue to bat in the same passion, India will take lead against England at some point of time.

The compunction of having made school-boy errors for two straight days subsided as soon as India s batsmen walked out to bat late on the second day at Rajkot. On a wicket which has so far continued to favour the batsmen, the Indians ended the Day Two on a high, remaining unscathed for all of 23 overs with 63 on the board. But third days of any Test are generally decisive, and India s strong batting performance robbed England off a chance to put the hosts in pressure early on in their five-Test series. All thanks to the centurions in Cheteshwar Pujara and Murali Vijay. Live Cricket Scorecard: India vs England 1st Test at Rajkot

It was expected that English bowlers, who generally do not allow Indians to flourish under them, will enjoy bowling on a wicket which has cracks and some uneven bounce. Having a lead of 474 runs, England would not have asked for a better start when they had a wicket on the seventh ball of the day. Gautam Gambhir s messy dismissal brought relief to the English faces and some panic on the Indians, but little did the two camps know what was to transpire next. Pujara and Vijay have often helped India grab the opposition by the collars. But early on Friday, it was England who had everything in their control.

Counter-attack is a thing only for teams who are capable of executing it. Generally, a player waging a lone battle does not bring the ecstasy which we seek. England attacked India early on with their fast bowler who refused to bowl anywhere but on the pads, and it was time for the pantheon of young Indian batsmen to rise up to the occasion and take the challenge head on.

A major part of Pujara s batting in the Test series in West Indies and New Zealand revolved around his role in the side, and how he executes it. A rock-solid No. 3 when on-song, Pujara had proved his mettle at the opening slot in the past. But Indian leadership continued believing in him being the best at third spot, and Pujara has enjoyed flourishing with their trust right behind.

All the talk of strike rate with which Pujara scored were answered on Day Three. Running miles behind England, India needed solidity and briskness in their movement. They needed middle-order to spend endless hours making those runs which Indians had already conceded through dropped catches and misfielding. Pujara and Vijay just did not deliver it, they did it in style. And on his home ground, Pujara would not have allowed any other batsman to seize the day.

After 2 dots first up, Pujara opened up with his typical drive with the bottom hand coming into play. The first sign of Pujara taking the aggressive, counter-attacking route was ignored by almost all, since he is not the one credited for playing such innings. But Pujara rose like a lion woken up from slumber, and with impeccable footwork he ensured that India keep moving on as far as run-scoring was concerned. It will be tough to pick which was the more stand-out aspect of Pujara and Vijay in the first session. If there was a home-bully batting against an inexperienced bowling attack in Pujara, Vijay took out everything that England could pose as threat with solid defence.

However, there was a blip. While Vijay remained unruffled with everything that England had to throw, Pujara s tenacity was not the same when the tourists resorted to bowling short and onto the body. Pujara was scoring freely on both the sides of the wicket until Chris Woakes came on to bowl. It was always expected that the batter of English seamers will try to trouble the Indians with deliveries angled into them. The short deliveries have been a good weapon against the subcontinental batsmen, and that frailty of Pujara was dominated well by Woakes. Pujara was hit on the helmet as many as three times, and every single instance the batsman turned his eyes away, not the body or even the head which was directed by the England bowler.

With Jimmy Anderson back in the England camp and even fielding as a substitute for Stuart Broad for a while on the third day, the tourists will explore the short ball weapon even more from the second Test onward.

Vijay was neater than Pujara with his technique against the short ball, but that was not the highlight of the innings. Apart from a few close shaves, Vijay batted throughout the day and it seemed he was immovable. England threw at Vijay everything they could think of even Zafar Ansari with the second new ball. When Ansari began bowling on the third day, the second ball was hammered over his head by the Indian batsman who danced down the wicket.

Vijay completed his seventh Test century, but this innings was up there with some of his best. He faced more than 300 balls to score 126, and this knock counts as one of his longest innings in Test cricket. India did not only have the task of scoring big in the first innings, but they were also required to consume as much time as possible since there is always a chance of an embarrassing batting collapse looming over teams chasing big totals.

Vijay, who was dismissed in one of the last overs of the day, lived up to the bill by batting throughout the final session on the second day and most of the third to let England know he means business.

India will be extremely pleased with their effort going further into the game. If they continue to bat in the same passion, India will take lead against England at some point of time. But for that, their tail has to wag, and most importantly, their captain Virat Kohli will have to fire. Kohli has had a dismal record against England, but he will be more than eager to get back in the middle and control the damage which has been caused by two poor series that he has had in 2012 and 2014. 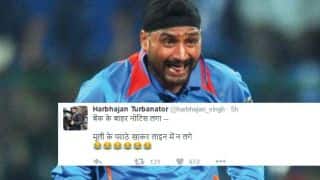