It is not only WICB, but also others concerned who will have to come forward and join hands to help west Indies improve.

Cricket board are like academic institutions where cricketers are akin to students. One can compare former players to parents and critics and media as the well-wishers concerned about the individual’s growth and improvement. No matter how good the institution be, an individual needs to be guided by their parents because their parents were, in the past, in the similar stage. They know how to deal with problems, how to shape oneself to attain what they have. Similarly, expectations and criticisms of well-wishers create positive ‘peer-pressures’ over the individual. That is what helps one become exceptional. The guidance of the parents, the criticism of well-wishers is what West Indies, the students of WICB need right now. Full Cricket Scorecard: India vs West Indies 2016, 2nd Test at Kingston

Anyone with the remotest knowledge of the sport are aware of West Indies’ legacy in cricket. There have been men who have created magic with aggressive batting and fast bowling and electric fielding. Thankfully, many of them are around (and often turn up at matches).

Talking about seeking help from senior players, players should also come forward to and take the initiative. So far, many of WICB’s decisions have not only shocked cricket-lovers, but have affected the nation’s cricket in many ways. If there is something wrong with the core, only the experienced can figure out and help in bringing changes. Countries like India, Australia and England can set an example for West Indies about how the former players have been vocal if anything unacceptable.

Again, only being vocal is no solution to the problems. It is when one accepts the flaws and tries to rectify them that they learn and grow. Despite engaging players like Viv Richards and Garry Sobers in fancy speeches, what might truly help the board get into the right groove.

Media is the voice of the mass, the unheard. Indian media has always played a vital role (albeit negative at times) as critics for Indian cricket and scenes in England and Australia are nothing different. However, rarely has a prominent voice from West Indies media or former cricketers spoken up asking for justifications for the inexplicable steps and decisions taken by WICB. Though exaggerated at times, Indian media has always maintained the pressure on players, captain and BCCI, which is something that is hardly noticed but is surely one of the reasons behind the immense craze for the sport in India as well as the proactive nature of the players as well as the board.

There is obviously talent and still time for West Indies to get the stature they used to enjoy once upon a time. It is not only the board, but also others concerned, who will have to come forward and join hands. 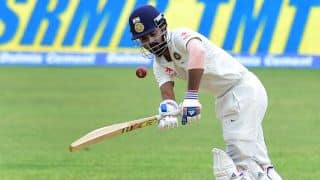