Mitchell McClenaghan has had an outstanding start to his international career. Making his debut in New Zealand’s limited overs series during the 2012-13 tour of South Africa, he played a major hand in New Zealand’s series victory, including figures of four for 20 on debut. Mitchell McClenaghan has had an outstanding start to his international career. Making his debut in New Zealand’s limited overs series during the 2012-13 tour of South Africa, he played a major hand in New Zealand’s series victory, including figures of four for 20 on debut.

The left-arm pace bowler was subsequently selected for New Zealand’s limited overs series against England earlier this summer, where he took 12 wickets from four matches as New Zealand inflicted a first ODI series loss for four years on the hosts, England. Carrying the momentum into the recently-concluded ICC Champions Trophy, McClenaghan was one of the players of the tournament, his characteristic pace and bounce helping him to collect 11 wickets from three matches. In total he has taken 29 wickets from ten One-Day Internationals (ODIs) at an impressive average of 16.51.

McClenaghan has also performed well in the eight T20 Internationals he has taken part in, with eight wickets at 22.88 and his good form resulted in a contract with English county side Lancashire for their Friends Life T20 campaign for 2013. McClenaghan has settled in well at Lancashire and made an impressive start for them by taking five for 29 on his home debut.

PakPassion.net spoke to the 27-year-old fast bowler about his excellent start in international cricket, his ambitions to play Test cricket, playing under the captaincy of Brendon McCullum, his short term and long term aims and about his stint at Lancashire.

PakPassion.net (PP): So why choose cricket when you have a degree in commerce?

Mitchell McClenaghan (MM): I think the professional career basically was for my father. He wanted to make sure I had something behind me and something to fall back upon before I tried to play cricket. The thing is that if I had tried to play cricket before doing my degree, I might have not made it, and then had nothing to fall back on. The studying was very important for my family values and important if the cricket career did not quite work out.

PP: You’ve done a bit of part-time modelling as well. Surely the cat-walks of Milan, Paris and London were more appealing than cricket fields around the world?

MM: (laughs) I think I’m a bit too big for that kind of stuff. Cricket’s my passion and I’d much rather do something that I love than to do something I don’t really enjoy. I’m really stoked to be able to play cricket, travel the world, and enjoy the job I do.

PP: But didn’t Hollywood beckon after that role you had in Spartacus?

MM: (laughs) It was fun. I had a great time. The main thing was that I saw all the main actors and I got fed really well! That was a big plus, but I’m really enjoying what I’m doing at the moment, but you never know what may happen after cricket.

PP: What about role models? Obviously they play an important part in a cricketer’s development. Who were your role models before and when you got into cricket?

I liked the way they worked and the way they trained and their work ethic really impressed me. They showed that hard work gets you to a lot of places.

PP: While we are on the subject of hard work, it’s also true that you made your international debut after five years of hard graft in domestic cricket. Was it a little bit frustrating that you weren’t getting into the international setup?

MM: I had three hip surgeries during that period, so it was a hard graft initially trying to get back to being able to just play cricket.

I think you learn a lot from the ups and downs in your first few years. I learnt a lot from the first couple of years of my cricket career. You learn how to bounce back, be positive, and have a bit of mental grit in your approach to cricket and life. I think I grew up really quickly when it came to the mental side of the game after the injuries I suffered. I found going through those injuries early in my career to be a good experience and character building for me.

PP: The New Zealand bowling coach Shane Bond also suffered from injuries during his career. His advice and guidance must be useful to you?

MM: I think Shane’s message is always just be as prepared as you possibly can. With him in partnership with our trainer Chris Donaldson who was an Olympic sprinter, they both work together to make sure we are as prepared as possible.

I think the main thing with being a fast bowler is, if you’re going to go flat out all of the time and give everything every match then you are going to get injuries. You’ve got to be able to understand that and hopefully you don’t pick up too many serious injuries in your career.

PP: Some overseas professionals come to the county game and you see them taking it a little bit easy in some games and sometimes you wonder about their commitment levels. Yet we see you throwing yourself about in every game. How difficult is it to maintain that level of commitment?

MM: It’s not really so hard to maintain that level when you just love winning. The main thing for me is every time I step out onto the cricket field I want to win. I want to contribute to the win and I want to inspire my team mates to get up and win the game as well. I don’t think it’s a big problem for me because that’s my character and that’s the way I like to do everything in life.

PP: You have taken 29 wickets in only 10 One Day Internationals. Ajantha Mendis holds the record for the fastest to 50 wickets in 19 ODI’s. Given the start you’ve had in one day internationals, Mendis’s record must be a realistic target for you?

MM: Yes of course, It wasn’t initially but, I was going out and performing my role taking wickets for Brendon (McCullum) and my team mates and just making sure we put ourselves in good positions.

It’s all happened very quickly but now that I’m in this position it would be nice to get there quicker than Mendis, but we will just have to see how it plays out.

PP: You’ve played 18 matches for New Zealand in the shorter formats, surely there must be a target to play in the five day format too for New Zealand?

MM: Absolutely, Test cricket is the pinnacle of cricket — it takes precedence over any other format. The bigger picture though is that New Zealand Cricket are starting to get together a group of fast bowlers and the fact of the matter is you can’t play all of the same bowlers in every format otherwise they are just going to suffer from burnout and pick up some serious injuries.

New Zealand cricket has a good young group of fast bowlers coming through and they are actually being smart in how they are utilising the bowling resources in all formats of the game. Obviously I want to play Test cricket but at the moment I’m really enjoying being given a leadership role with the ball in the shorter formats of the game and being able to focus on that.

PP: Your One-Day International debut in South Africa was memorable, four wickets and then you’re not out at the end. Tell us about your lasting memories of that match?

MM: Yes it was a pretty special introduction against the South Africans in their own back yard in tough conditions. To be part of the winning partnership with James Franklin who batted exceptionally well was pretty special.

PP: You mentioned Brendon McCullum earlier in the interview, he’s impressed everybody with his leadership skills and his aggressive captaincy. What’s it like playing under Brendon McCullum?

MM: Yes it’s great playing under him, Brendon’s one of the most optimistic people I’ve met in my whole life. He never takes a backwards step and he will be the first one to admit if he’s taken a positive option and got it wrong. That is what he wants us to do – he wants us to be aggressive first.

If we make a mistake being aggressive it’s just part of it, it’s not a drama. He’d rather us do that than take a defensive option and get it wrong.

PP: You’ve made quite an impact in your short time at Lancashire. How useful have you found it to play in the Friends Life T20 competition?

MM: I’m loving it to be honest. I am getting used differently at Lancashire than I have been with Brendon internationally. I’m getting a bit more experience bowling at the death. Generally in internationals, I bowl quite early trying to take wickets up front and it’s a different type of challenge bowling at the death for Lancashire. I think it’s vital for my development as a cricketer.

It’s been really good for me to learn about my game and what my “go-tos” are at the end of the innings under pressure like you have seen today [against Leicestershire] — being able to finish off an innings and getting us over the line. That’s only going to stand me in good stead for the future.

PP: What are your short term and long term aims?

MM: In the short term I want to get through this three or four weeks and hopefully go home with a title for Lancashire. I’d love to be part of a winning T20 campaign for Lancashire and win us that trophy – that would be lovely. 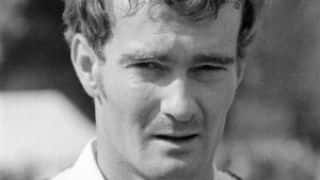