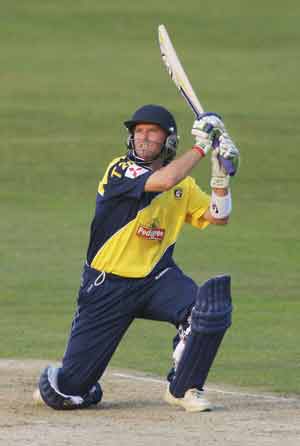 
When the Benson and Hedges Cup — the longest-serving sponsored one-day cricket for First-Class counties in England and Wales — ended in 2002, the cricket board was desperately looking for a competition which would augment the popularity of cricket. As a result, the maiden edition of Twenty20 Cup came into being in 2003, launched with the slogan: “I don’t like cricket; I love it.”

In 2003, Gloucestershire officially signed up Australian all-rounder Ian Harvey for the season. John Bracewell, Director of Gloucestershire club, was quoted in the Gazette as saying, “I got a fair bit of stick for bringing Ian to the Club in 1999, but Gloucestershire’s cricket results have blossomed since. There is no doubt that Ian is one of the most exciting cricketers on the County circuit and this has not only been proven on the park, but also tested in the marketplace.”

Gloucestershire Gladiators promised to produce an eventful season, by also signing the popular Jonty Rhodes. The Gladiators needed to win one match to reach the semi-finals. Facing them were Warwickshire, who too flaunted names like Nick Knight, Trevor Penney, Waqar Younis and Jonathan Trott, who had made his T20 debut just 10 days earlier.

Having won the toss, Gloucestershire decided to bowl first. Knight and Trott opened the innings for Warwickshire. However, Knight’s innings lasted only four minutes, when he was bowled by Jon Lewis, who took his second wicket in successive balls by having Dominic Ostler bowled as well, for a duck.

Trevor Penny and Trott added 50 runs for the third wicket, which turned out to be the highest of the innings. Trott went on to score his first T20 half-century, to remain unbeaten on 65 as Warwickshire set a target of 135 for Gloucestershire.

New Zealander Craig Spearman and Harvey opened the innings for Gloucestershire. Harvey went ballistic from the word go and reached the first-ever hundred in Twenty20’s in just 50 balls. Seventy-six of his runs came from boundaries in 17 balls. The Australian hit 13 fours and four sixes to damage Warwickshire’s 100 per cent win record. Harvey and Spearman added 96 for the first-wicket — the highest partnership in the match to overpower Warwickshire by eight wickets.

Gloucestershire secured a berth in the semi-final, thanks largely to Harvey’s knock. However, they were defeated by Surrey, who went on to win the inaugural T20 season.

Harvey was an integral part of the Gloucestershire team, who dominated the one-day competition between 1999 and 2003. He moved to Yorkshire in 2004 and scored centuries for them in the seasons to come.

In 2013, Ian Harvey returned to Gloucestershire, taking up coaching roles. Harvey’s job is to help the team shape their white-ball skills for one-day competitions.

Man of the Match: Ian Harvey 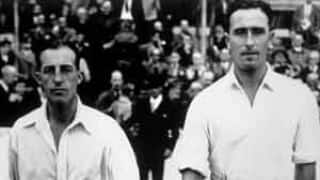