Ian Redpath, born May 11, 1941, was one of the mainstays of the string Australian side of the early seventies and one of the most difficult batsmen to dismiss.Arunabha Senguptalooks back at the Victorian opener who, according to Greg Chappell, could kill to play for Australia. 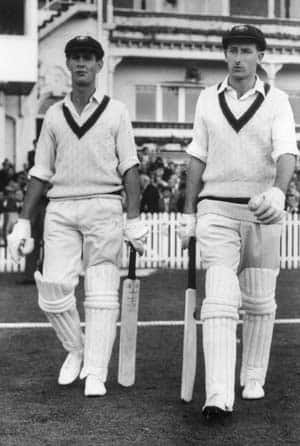 Ian Redpath, born May 11, 1941, was one of the mainstays of the string Australian side of the early seventies and one of the most difficult batsmen to dismiss.Arunabha Senguptalooks back at the Victorian opener who, according to Greg Chappell, could kill to play for Australia.

He was the last amateur of Australian cricket and perhaps the first hipster.

He sported the Ned Kelly beard way before it became fashionable. He gave Slam Poetry readings and still paints watercolours. He rode vintage track bikes before they became vintage. He ran an antiques business. And with long sideburns and George Harrison looks, he was an instant hit with the ladies.

In spite of all this, he was one of the dourest customers at the wicket. Greg Chappell once said that Ian Redpath would kill to get into the Australian team. And once he was in, he was perhaps the most difficult Australian batsman to dislodge.

Greg Chappell remembers his own Test debut. “My first innings in Test cricket was, as you might expect, a trying experience, but proved to be one of the best cricket lessons of my career, thanks to Ian Redpath. I came to the wicket with Australia reeling at 107 for five to join Redders [Redpath], who had watched three quick wickets fall at the other end. The English left me largely untouched while zeroing in on Redders— just about the toughest batsman to dislodge. They figured if they got him the tail would capitulate. John Snow put all his energy into trapping Redders down at his end and bombarding him. They picked the wrong bloke. Snowy would follow through right in Redder’s face. After each bouncer that he evaded with his trademark Redpath sway, he’d look at Snowy and mouth ‘Get f@#%ed’.”

Redpath scored 171 in that innings, adding 219 with Chappell. John Snow admitted, “I liked bowling to him the least. He was a nuisance batsman.”

Off the field he was perhaps the most affable of cricketers. Yet, he had that burning pride, passion and intensity as one of the top batsmen of the country. In 1975, the Australian cricketers were in the midst of a pay dispute with the Board, precursor to the chasm brought about by Kerry Packer’s World Series Cricket. Plagued by ridiculously poor compensation, amajority of themhad threatened to go on a strike during an Ashes Test. At that moment, the ACB secretary, Alan Barnes, had remarked to The Australian, “There are 500,000 cricketers who would love to play for Australia for nothing.” A fuming Ian Chappell had gone out to toss. When he had walked back to the dressing room, he had been witness toa curious scene.Redpath had grabbed Barnes by the shirt and tie and had pinned him against the wall, saying, “You b***y idiot, of course 500,000 people would play for nothing, but how b****y good would they be?”

Sadly, for someone who could kill to get in the Australian side, Redpath ended his career with plenty of cricket left in him. He declined the Ashes tour of 1976 when he decided that he could no longer afford to neglect his antique business in Geelong.

Hence he did not play after the final Test of the 1975-76 series against West Indies. As Australia completed a famous 5-1 win, Redpath amassed 575 runs with three hundreds, ending his career with 101 and 70 at Perth. The previous match at Adelaide had been his 65th Test. He had scored 103 and 65. He had never hit a six in his 64 earlier outings. In this Test he had charged down the wicket and lofted Lance Gibbs over long-on. And then he had promptly followed it up with another.

Like vintage wine, Redpath seemed to get better with time. He started his Test career with 97 against South Africa, adding 219 with Bill Lawry. Yet, he did not score a hundred till his 28th Test.

After 33 Tests, the exact halfway point of his career, he had 1876 runs at 36.07 with just that one hundred. Then came the amazing second wind. His final 33 saw 2861 at 50.19 with seven centuries. When he called it a day at 34, he had notched up 4737 runs at 43.45. If the Don Bradman-influenced Australian Cricket Board (ACB) had not been so tight fisted, Redpath could have matured even further into an indisputable all-time great.

Redpath was educated at the Geelong College, an institution that had seen the likes of Lindsay Hassett, Jack Iverson and Paul Sheahanwalk out of their doors. According to Redpath’s own admission, his first steps were helped along with more than a heavy dollop of luck in the cricketing mix.

Redpathrecounted to The Age about South Melbourne committeeman Bob Price watching him make a half-century for Geelong College and asking him down to training. “If he’d seen me in the previous three games, when I didn’t get to 20, I wouldn’t have been invited.” After a stretch in second and third elevens, “batting like I had the diver’s boots on” he made the firsts and. And finally he made the Victoria side as an opening batsman.

On his First-Class debut in 1961-62 against South Australia, Garry Sobers had him caught behind for two. He was dropped and suffered a double failure on recall. On his third opportunity, he faced a New South Wales team featuring Richie Benaud and Alan Davidson. The latter “did me the greatest service of all time” by tearing a hamstring.The first-innings was another disappointing failure, but in the second he was once again graced by the much-needed benevolence of fortune.

“I’ve danced down the wicket to Richie, played a be-ewe-ti-ful cover drive, which went between the keeper and Bobby Simpson at first slip!”Redpath reckons that it was the only catch Simpson never got a hand to in his career. He finished with an unbeaten 40 and kept his place in the side Half-centuries followed at Adelaide and Perth, and then he hit 261 against a Queensland attack that included Wes Hall. It was just his tenth First-class innings and he was on his way.

His Test debut came in 1963-64 — on Boxing Day at Melbourne against the South Africans. Eager to continue his amateur football career, Redpath refused his match fees — thus becoming the last of the amateurs in the Australian team.

Initially Redpath’s tall, gangly form and long neck had led his teammates to call him ‘Gandhi’. However, his very first overseas tour was of India. Many voiced concern that the nick would be inappropriate and he became Redders.

A lovely timer of the ball, and initially a dasher of sorts, Redpath started out as inconsistent. The occasional promising outings were punctuated by strings of low scores. He kept getting into the side, being dropped and hovering on the fringes, without cementing a place for the next five years. By that time he had metamorphosed into a stonewalling barnacle of a batsman.

It was perhaps the Test at Adelaide against the West Indians in 1969 that transformed him. In the second innings, with the Australians requiring 360 to win, Redpath came in at No 4, after Lawry and Keith Stackpolehad opened the innings. He had proceeded to score nine when Charlie Griffith ran him out after he had backed up too far at the non-striker’s end.

Perhaps this incident gave rise to the steel within him. The next match at Sydney saw him score his first-ever Test hundred. He never looked back. After a fairly decent tour of India, he went over to that disastrous South African odyssey of 1969-70, and managed to emerge with his reputation forged stronger by the fire, scoring 283 runs at 47.16. During the tour he hit 32 runs in an over at Blomfontein against Orange Free State while scoring 152. It is still an Australian record.

He went on to score five hundreds in his final 15 Tests, including a bat-carrying effort of 159 against New Zealand at Auckland.

When he retired, Redpath had been vice-captain of the Australian side for two seasons, to both the Chappell brothers.A superb fielder at slip or short leg, he finished with 83 catches from his 66 Tests.

Redpath returned to cricket once more during World Series Cricket. Austin Robertson, the lieutenant of Kerry Packer, paid a personal visit to Geelong to sign him in spite of rumoured misgivings of Packer himself.South Melbourne Club, which he had represented for over two decades, disowned him after his dalliance with Packer. However, years later, Redpath was accepted back into the fold and appointed as the coach of Victoria.

But, during the WSC itself, the Victorian batsman snapped his Achilles tendon in an early match at VLF Park in 1977-78 and could not continue. Packer announced that regardless of his injury, he would be paid for the full season.Redpath played a handful of games in 1978-79, but without too much success.

But he did stand up to the hostile West Indies attack at Sydney with characteristic defiance, scoring nine in 143 minutes, absorbing the ferocious bouncers on his body and largest of hearts, helping David Hookes put on 71 in a 10-wicket victory for the Australian XI.

Till his very last day in cricket, he was as usual one of the most difficult batsmen to dislodge.

(Arunabha Sengupta is a cricket historian and Chief Cricket Writer at CricketCountry. He writes about the history and the romance of the game, punctuated often by opinions about modern day cricket, while his post-graduate degree in statistics peeps through in occasional analytical pieces. The author of three novels, he can be followed on Twitter at http://twitter.com/senantix 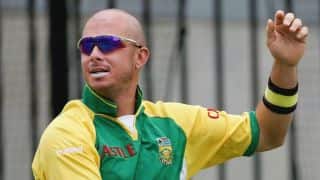