After having played a game each, and lost, Pakistan and South Africa will be adequately warmed up when they clash in the first day-night encounter of the ICC Champions Trophy 2013 at Edgbaston on Monday. 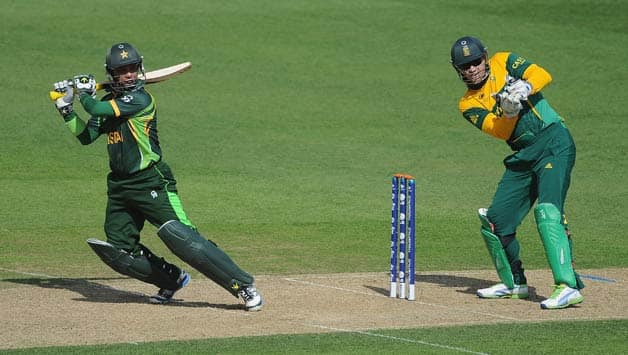 South Africa and Pakistan face-off in the first day-night encounter of the ICC Champions Trophy 2013 on Monday. Both need a victory to stay alive in the tournament © Getty Images

After having played a game each, and lost, Pakistan and South Africa will be adequately warmed up when they clash in the first day-night encounter of the ICC Champions Trophy 2013 at Edgbaston on Monday. With a defeat at the hands of the West Indies and India, respectively, both sides will be under tremendous pressure to emerge with their first two points. The format of the tournament is such that two consecutive defeats at the start would virtually rule the two teams out of qualifying for the semi-finals. Thus, it’s more or less a must-win encounter for both.

Ideally this match could have been called as the clash of teams with strong bowling attacks on both sides. However, the fitness issue of Dale Steyn and the absence of Morne Morkel will concern South Africa skipper AB de Villiers going into the crucial encounter. Pakistan will be determined to avoid yet another inconsistent outing. The one team they are well-acquainted with this year has been South Africa, after playing a full tour against them earlier this year. And sadly they had nothing much to take from it except a T20 series win.


Introspection for the teams

Despite the absence of two strike bowlers, de Villiers will be slightly concerned about his flamboyant batting line-up. Except for Hashim Amla, the rest of the batsmen love to play their strokes early on which can be a liability. While Robin Peterson’s run-out in the previous game was the game-changer, the fact that the rest of the batsman failed to carry the momentum forward and lost their wickets to extravagant shots is an evidence of South Africa’s strength turning out to be the weakness.

While for Pakistan, there’s a lot to ponder over their brittle batting, which blooms occasionally. It wouldn’t be unfair to say that they had lost the opportunity to set the right momentum at the start of the match against West Indies. It was more of a catching-up game until the quick strikes towards the end jerked the West Indies’ course to victory. The susceptibility of their strokeplayers, Mohammad Hafeez and Imran Farhat, at the top will be difficult.

If there’s any player in the South African squad who is yet to believe being part of the team, it has to be Chris Morris. A fairly successful season in the sixth edition of IPL for Chennai Super Kings has earned him a place in the national side during a crucial tournament. And in all probability he is sure to find a place in the playing XI thereby adding yet another 140mph bowling all-rounder to the team, which the Proteas have always boasted of since years. Morris might be still coming to terms with packing his bags in a hurry and landing at Edgbaston, but coach Gary Kirsten will be tempted to use the all-rounder as he has had an active season behind him.

The two teams have met just once in a Champions Trophy match at Mohali in 2006-07 when the African side won it comprehensively. Even overall, South Africa maintain a healthy 41-20 win-loss record against Pakistan. The Proteas even have a comfortable ODI series victory to boast of earlier this year.

The pitch at Birmingham isn’t one which could catch either team off-guard, but going by the match played between England and Australia on Saturday, the dry wicket with assistance to spinners will be noted by both teams. The amount of turn James Tredwell and part-timer Joe Root got will make Saeed Ajmal’s spell a must-watch on Monday. Moreover, the hosts showed good planning in pacing the innings early on rather than going for big shots despite wickets being in hand, which is a point to note as well.

On paper, South Africa look capable to outsmart Pakistan with a balanced batting and bowling line-up as compared to Pakistan’s reliability on the latter. However, it’s the unpredictability of the Asian team which makes every match of theirs interesting. With both teams under pressure, the tournament might witness another fine encounter. 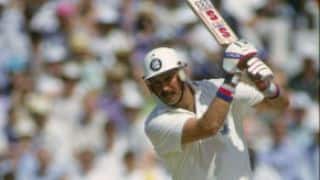 Graham Gooch’s 154 not out: One of the greatest innings of all time