ICC Champions Trophy 2013: West Indies batting has to rise to the occasion if they are to beat South Africa

ICC Champions Trophy 2013: West Indies batting has to rise to the occasion if they are to beat South Afric

West Indies face a tough battle against South Africa for a berth in the semi-final of the ICC Champions Trophy 2013. It is a team full of natural entertainers and game-changers, but for some reason they fail to get their act together in One-Day Internationals (ODIs). 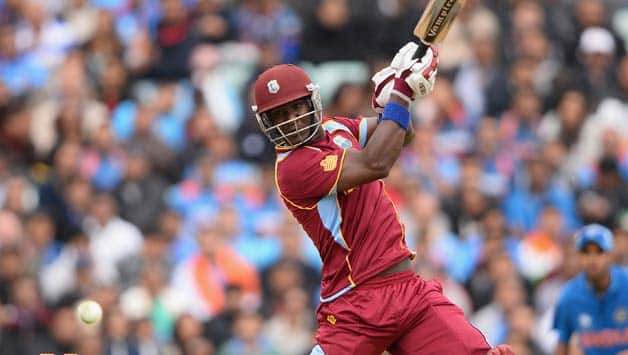 West Indies face a tough battle against South Africa for a berth in the semi-final of the ICC Champions Trophy 2013. It is a team full of natural entertainers and game-changers, but for some reason they fail to get their act together in One-Day Internationals (ODIs). Their victory at the ICC World T20 2012 highlighted their dangerous potential, but can they sustain it in a 50-over affair?

In their two games at the Champions Trophy so far, it is the West Indies batting that has disappointed and haven’t done their job clinically. Chasing a small target of 171 against Pakistan, West Indies made heavy weather of the run-chase and got home with only two wickets in hand. Against India, they got off to a good start with Johnson Charles going strong. A late surge from Darren Sammy wasn’t enough for them as they collapsed — a regular feature in West Indies cricket in recent times.

Here are the statistics of the West Indies batsmen in ODIs since the end of the 2011 World Cup:

The intriguing detail is that none of the West Indies batsmen have averaged over 40 in the last two years. With an average of 38.36, Lendl Simmons leads the list and he isn’t even part of the squad anymore. Most of the batsmen average in the mid-30s and that isn’t a good sign for a one-day unit with such copious potential.

Kieron Pollard — someone who bats in the middle-order is their highest run-scorer and has recorded three hundreds in the last two years. While one might say that the hard-hitter has shown great maturity in ODIs, this reflects the fact that the top-order is wobbly and the middle has to do the clean-up job. The top-order batsmen are lagging behind on the run tally and haven’t performed as well as they would have liked.

Marlon Samuels, Dwayne Bravo and Ramnaresh Sarwan form the core of the middle-order. However, their strike-rates are too low when compared to the modern one-day standards. Samuels and Dwayne Bravo are supposed to be ‘’feared hitters’’, but their strike-rates are in the 70s. Sarwan’s number is in the 60s. Darren Bravo too has to score quicker than his 66.80 per 100 balls.

In this star-studded batting line-up, a lot of the focus is on Chris Gayle. The big hitting Jamaican has taken the T20 world by storm and one can only imagine what he can do if he lasts for a long time in a 50- over contest. His quick 20s and 30s may add value in T20 cricket, but it is imperative that he converts those starts in ODIs.

In Ravi Rampaul, Kemar Roach and Sunil Narine, West Indies have a very potent bowling attack. It is one that can bamboozle any batting line-up. But, they need the runs on the board to defend. The mighty batting line-up has to play to its potential to complement the bowlers. If that unit strikes consistency, there would be no stopping the West Indies.

Australia will be 100 per cent ready for Ashes: Michael Clarke