In the first match from what is called the group of death , Group B, World No.1 side South Africa will clash against No.7 ranked side, Sri Lanka.

With the first two matches out of the way in the ICC Champions Trophy 2017, it is now time for all the big guns to come into play. In the first match from what is called the group of death , Group B, World No.1 side South Africa will clash against No.7 ranked side, Sri Lanka. This will be the second match at The Oval, London with the first match being the series opener. Coming into the tie Proteas look the more in-form and battle ready side as compared to the Islanders, who have been inconsistent since the start of 2017 to say the least. With India and Pakistan also in the group, this match will be crucial for both the sides as win here would give them a easy head-start towards semi-finals. FULL CRICKET SCORECARD: Sri Lanka vs South Africa, ICC Champions Trophy 2017 – Match 3 at The Oval

Let us have read into what would be the deciding battles between the two sides in this crucial contest.

Lasith Malinga vs Hashim Amla: Sri Lanka’s most lethal component in the Champions Trophy , Malinga will crucial to the sides success. Plagued with injuries since the start of 2017, Malinga recently made a successful comeback in the IPL, playing for Mumbai Indians. On the other hand, Amla who is having a purple patch in the past few months will be expected to sheet-anchor South Africa’s top order.

In the IPL, Amla had the better of Malinga taking him for 60 runs from just 18 balls. It would be interesting to see whether he carries his from even in Champions Trophy. ICC Champions Trophy 2017: Points Table

Dinesh Chandimal vs Kagiso Rabada: Chandimal has been Sri Lanka’s most dependable player since 2015, but lately he has been struggling with form. Once an irreplaceable member of the playing XI, he now sees himself fighting for a regular spot.

Rabada, meanwhile has ascended himself to World No.1 spot in ODI rankings. With no Dale Steyn in the side, Rabada has evolved into the spearhead of the attack.

Upul Tharanga vs Chris Morris: In absence of Angelo Mathews, Upul Tharanga has lead Sri Lanka quite ably. His form as a batsman too has seen a rise. Tharanga s presence in top of the order has been of paramount importance with a young and inexperienced middle order. ICC Champions Trophy 2017: Pretty happy with South Africa s preparations, says AB de Villiers

Morris, on the other hand, has grown into a wicket- taking option for South Africa. Morris with his raw pace and hit-the-deck style bowling has managed to ruff up opponents on numerous occasions.

If Tharanga can manage to sustain Morris s initial burst it could make life much easier for the guys coming in down the order.

Kusal Mendis vs Imran Tahir: One of Sri Lanka s most promising batsmen, Kusal will be expected to excel. Even Mendis’ record in England is quite decent with 169 runs from 5 matches. He would want to learn from his earlier experience and implement this time around. CT 2017: Mathews set to miss SL’s opening clash with SA

World’s leading spinner in ODIs, Tahir could very well be South Africa’s ticket to their second ICC trophy. Tahir known for his attacking bowling will surely be a handful on flat surface in England, where picking wickets is of premium.

Tahir s wizardly will definitely be put to Test against Mendis, who has been brought on dust-bowls back in Sri Lanka. 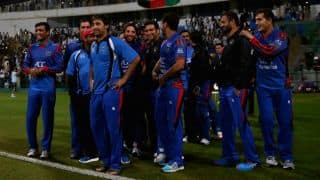 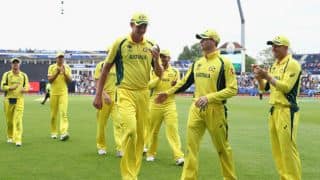