ICC could think of introducing a new tournament comprising of teams representing each continent.

According to the latest ICC Future Tour Programme (FTP) regulation, the ICC World T20 has been given a slot only every four years, which leaves an empty slot in world cricket in 2018. Ayush Gupta looks into the possibility of the introduction of a Continental Cup which could fill the international calendar for the year and entertain cricket fans around the world.

However, ICC have now decided that the World T20 will now be held every four years. This leaves a gap of a year in which there would be no global event. The ICC could think of introducing a whole new tournament comprising of teams representing each continent — Africa (South Africa, Kenya, Zimbabwe etc), Asia (India, Pakistan, Sri Lanka, Bangladesh etc), Australia (Australia, New Zealand), Europe (England, Ireland, Netherlands, Scotland etc), and the Americas (West Indies, Argentina, USA etc) — that could be named the ICC Continental Cup. Of course, there are a few points to watch out for before ICC could introduce the tournament:

The most important deciding factor for organising the tournament has to be the format in which matches will be played. In order to popularise the sport globally, the best option would be to make it a limited-over format. Perhaps the slam-bang T20 version that is hugely popular worldwide could be the way to go. However, the 50-over format wouldn’t be a bad option either.

If ICC takes the tournament under serious consideration and looks forward to promote it globally, it can attract a number of sponsors and broadcasters. ICC must make sure that the teams feature players from top associate nations as well in order to gain global popularity. Having players from top teams as well as associate nations would attract both sponsors as well as broadcasters.

If ICC decides to go ahead with the tournament, the decision for the venue of the inaugural tournament would be a big-one. The first choice that instantly comes to is England (given their role in the history of the sport as well as a build-up for World Cup 2019), but ICC should not always consider the case of hosting the tournament in only Test-playing countries.

Flagging off the inaugural edition in a big venue can be a good idea, but playing the tournament across different venues in the continent seems a decent idea as well. Playing at neutral venues is not a bad option either, and would surely be good for the game.

For instance, The United Kingdom can be the preferred venue to flag-off the tournament, which will comprise of venues from England, Scotland, Ireland and Netherlands.

Overall, it would be interesting to see what approach ICC takes for the 2018 calendar. Chances are that it would go as a normal year with a number of bilateral series and qualifying rounds for World Cup 2019. However, if the ICC considers a tournament like this in order to promote cricket globally, it will only enhance acceptance of the sport worldwide, and bring in more competition. 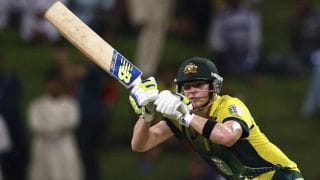