Indian batsmen scored the first five out of a total of 11 centuries scored in the tournament.

Few have dominated a World Cup to the extent Lance Klusener had in World Cup 1999. A tally of 281 runs at 140.50 and strike rate of 122.20 to go with 17 wickets at 20.58 (he was the leading wicket-taker for South Africa, ahead of Allan Donald and Shaun Pollock) were not only outstanding in the tournament, it would rank as one of the greatest series performances in the history of One-Day Internationals (ODIs). It was not surprising that they named him Man of the Series.

It is unfortunate that he is often remembered as the man who was involved in the mix-up with Donald in the semi-final at Edgbaston in what has been called the greatest ODI of all time. Had Klusener been promoted that day, the World Cup may have gone to a different side, though it must be admitted that Australia had put up a stellar show in the final at Lord’s.

Speaking of the two matches, one cannot forget Shane Warne. Not only did Warne emulate Mohinder Amarnath (1983) and Aravinda de Silva (1996) to win the Man of the Match in both the semi-final and the final of a World Cup, he also finished as the joint-highest wicket taker of the tournament with 20 wickets. Tied with him was Geoff Allott, one of the surprise packages of the tournament.

Though Dravid did not top-score in a single match (even when he scored his two hundreds at Bristol and Taunton) he finished as the leading scorer of the tournament. His 461 was 63 runs clear of Steve Waugh, the next man on the list.

Though Klusener dominated the batting averages, Ridley Jacobs provided him with competition. Used as an opener, Jacobs even carried his bat through an all-out innings against Australia at Old Trafford. He finished with 205 runs at 102.

Though the first half of the summer was relatively sedate, Klusener and Moin Khan, both batting down the order, took the bowlers to cleaners. While Klusener’s 281 came off a mere 230 balls, Moin’s 242 came off 219. Klusener still had a gap, but Moin was a deserving second.

There were 11 centuries in the tournament, and one of the most striking features was the fact that Indians (Sachin Tendulkar, Dravid — twice, Ganguly, and Ajay Jadeja) scored the first five of them. Ganguly, Dravid, and Tendulkar were also the top three scorers of World Cup 1999.

The bowlers had better outings than in the previous three World Cups. With 20 wickets at 16.25, Geoff Allott was the surprise package; other seamers put up competent performances as well, though both Shane Warne and Saqlain Mushtaq bowled exceptionally well, picking up 37 cheap wickets between them.

Had cricket been only for the bowlers, Walsh (11 wickets at 9.82) would probably have taken West Indies to the next level with some support from Curtly Ambrose and Rion King. The English seamers, Darren Gough and Alan Mullally, did a good job, as did Allott and Warne.

John Blain (ten wickets at 22.3 per ball) was the surprising leader on the strike rates chart, while Neil Johnson, with 25 balls per wicket, was one of the key reasons for Zimbabwe making it to the Super Sixes.

To give an example of how good the West Indian fast bowlers were, both Walsh and Ambrose conceded less than 2.50 runs an over, while King gave away a shade over three; they also topped the economy rates chart. The next two names, Shaun Pollock and Gavin Larsen, were predictable ones.

The past three World Cups had seen a mere four five-wicket hauls, but this one surpassed all of them put together. As expected, Klusener and Saqlain featured on the list, as did Robin Singh, Venkatesh Prasad, Pollock, and Glenn McGrath.

It had taken four World Cups for Chetan Sharma to take the first hat-trick in World Cups. It took Saqlain Mushtaq three more for the second; he had Henry Olonga and Adam Huckle stumped, and followed it by trapping Mpumelelo Mbangwa leg-before.

Moin topping the list was never a surprise, but despite having played half the number of matches played by Moin and Gilchrist, Jacobs finished second with a whopping 14 dismissals (all caught) from only five matches.

Most dismissals by a wicket-keeper

Darryl Cullinan claimed eight catches from nine matches, but nobody else managed more than six — a count where seven men (including the Waugh twins) were tied.

Dravid added an unbroken 237 with Tendulkar against at Kenya, and bettered that with a 318-run stand with Ganguly against Sri Lanka at Taunton. The latter still remains a World Cup record for any wicket. Klusener features in two record stands, for the ninth and tenth wickets respectively.

India scored 373 for six against Sri Lanka at Taunton and 329 for two against Kenya against Bristol, which remained the highest in the World Cup. Australia, with 303 for four against Zimbabwe at Lord’s, were the only other side to score in excess of 300.

West Indies skittled out Scotland for 68 at Grace Road to win the match before lunch. The South African pace battery bowled out England for 103 at The Oval and Sri Lanka for 110 at Northampton, and Australia bowled out West Indies for 110 in a crunch match at Old Trafford. 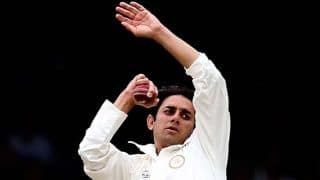 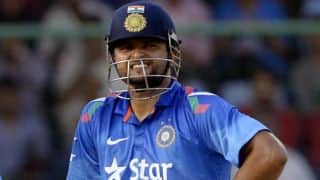