With four World Cup wins, Australia have easily been the best side of the tournament.

The fact that India has met Pakistan five times and has won all matches is well-known trivia to everyone. It is also known that while the sides never met (were they kept away intentionally?) in the first four editions of World Cup cricket, they played five times in the six tournaments from 1992 to 2011, and they are about to take on each other a sixth time.

Success ratios of all teams in World Cup cricket

With four World Cup wins, Australia have easily been the best side of the tournament with a win-loss ratio close to three. South Africa, with 30 wins and 15 losses, ranks second, despite not winning a single knock-out match. An even more surprising entry is that of England, who have not qualified for the semifinal in the last five editions, at three. The Asian sides occupy positions six (India), seven (Pakistan), nine (Sri Lanka), and ten (Bangladesh).

If we consider only the league matches, however, South Africa’s win-loss ratio of 2.7 comes extremely close to Australia’s 2.8. England and New Zealand, yet to win a World Cup, rank surprisingly high at three and four. It probably reflects how the inability to deliver in crunch matches has gone against South Africa, England, and New Zealand.

Only nine teams have ever played knock-out matches in World Cup. One of them was Kenya (semi-final, World Cup 2003), but of the other eight only South Africa is yet to win a World Cup knock out-encounter. Their five matches have resulted in four defeats and a tie. New Zealand (one win, seven defeats) and England (three wins, seven defeats) have done marginally better.

Australia has played India a whopping 10 times in World Cups. They have also taken on West Indies and, surprisingly, Zimbabwe nine times. West Indies had a 4-0 lead over Australia, and despite the losses since 1992, they still maintain a 5-4 lead over them. Contrary to popular beliefs, South Africa have played Australia only five times, and have a 1-3 head-to-head count. Despite playing twice against each side, Australia have never lost a single World Cup match against Bangladesh, Canada, Netherlands, or Scotland.

England’s biggest success story has come against West Indies. After losing the first encounter in World Cup 1979 final, they have won five matches on the trot (twice in 1987, and once in each of 1992, 2007, and 2011). They have played nine times against both Pakistan and Sri Lanka, and their longest unbeaten streak of three matches has come against Netherlands.

India’s 10 matches with Australia have been mentioned above, as has been their undefeated five-match streak against Pakistan. They have also won all four matches against Kenya and lost all three against South Africa. India had 3-4 head-to-head results against both Sri Lanka and New Zealand, though they have made up for that with 4-3 against West Indies (which included 2-2 at their pomp).

New Zealand’s case is perhaps the most curious of the lot. They hold 4-3 advantages against both England and India, but their real success story have come against South Africa, against whom they hold a 4-2 lead, having won their last three matches. They have had a reverse run against Sri Lanka; after having a 3-1 lead they lost five on the trot and are currently at 3-6. They have also played nine matches, the most for them, against each other.

New Zealand’s longest all-win streaks of 3-0 have come against Bangladesh and Kenya, though of the six matches they have played against Zimbabwe, they have won five and one was washed off.

Pakistan have played nine times against England and West Indies, and have lost their only matches against Bangladesh and Ireland. However, their World Cup performances have four outstanding streaks: 0-3 against South Africa, 0-5 against India, 5-0-1 against Zimbabwe (one abandoned), and most famously, 7-0 against Sri Lanka.

South Africa have played six times against each of England and New Zealand — the most for them. They have a 2-4 record against New Zealand, 1-3 against Australia, and 3-3 against England, but have more than made up with 3-0 streaks against India, Pakistan, and Netherlands.

Sri Lanka have played nine matches against England with a 3-6 result but have dominated proceedings against New Zealand (6-3 from nine matches). Their 1-6 record against Australia is worse than the 0-7 against Pakistan, but a 5-0 streak against Zimbabwe has helped their cause.

Despite their recent failures, West Indies hold a 5-4 advantage over Australia and 6-3 over Pakistan in the World Cup. They are down 1-5 against England (after being 1-0 up till 1983), but a 5-0 advantage over Zimbabwe is commendable, as is 4-2 over Sri Lanka.

Zimbabwe holds a 3-1 ratio against Kenya, but their real success story lies in holding England and South Africa to 1-1 margins. Unfortunately, head-to-head results of 0-5 against both Sri Lanka and West Indies, 1-8 against Australia, and 1-7 against India have not done their cause a lot of good.

Most matches against each other

Six other pairs have played each other nine times, of which Australia has the best record (8-1) over Zimbabwe. The most keenly fought contest has been between England and Pakistan, where each side has won four times while another match was abandoned midway.

Contrary to popular belief, India’s 5-0 advantage over Pakistan is not a World Cup record. Pakistan themselves have a 7-0 advantage over Sri Lanka, while India’s difference is matched by both Sri Lanka and West Indies, who have 5-0 records against Zimbabwe. India also has a 4-0 head-to-head over Kenya, while there are six occasions (three of them in South Africa’s favour) with 3-0 outcomes.

As evident from the above table, New Zealand holds a 5-0 lead over Zimbabwe, Pakistan 4-0 over Zimbabwe, and West Indies 3-0 over Bangladesh. Unfortunately, they have also played an abandoned match against the opponents mentioned above, which have ruined the “set”. 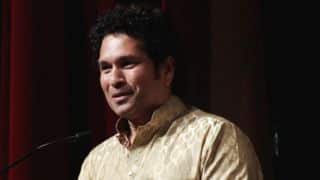