CricketCountry picks its 'Dream Eleven' after analyzing the individual performances in the World Cup.

ICC Cricket World Cup 2015 reached its end with Australia’s victory over New Zealand in the final at Melbourne Cricket Ground (MCG). Abhishek Mukherjee creates an XI of the finest performers of the World Cup.

It took six weeks and 49 matches (okay, the Australia vs Bangladesh encounter was abandoned) to find a champion. Three teams finished the World Cup with a single defeat apiece, and of them the team that peaked at the right time raised the Trophy. Michael Clarke emulated Imran Khan by retiring from One-Day Internationals (ODIs) following a World Cup title as captain, but India, New Zealand, and South Africa were certainly not pushovers. Top 10 batsmen in ICC Cricket World Cup 2015

Selecting a squad of 11 men from a plethora of quality players was not an easy task, but, well, it forms a moral obligation of sorts for a cricket website. Champion performers like Wahab Riaz, Chris Gayle, Ed Joyce, Brendan Taylor, Shikhar Dhawan, Tim Southee, Mohammed Shami, Morne Morkel, and Daniel Vettori have failed to make the cut, for these 11 men simply cannot be left out.

McCullum is probably the most obvious choice at the top of the order. He failed in the final, but he decimated the opposition against four major oppositions: Sri Lanka, England, Australia, and South Africa. The four innings amounted to 251 runs at a strike rate of 202.4. On every occasion he set the pace of the innings. He also fielded brilliantly, and it would not be blasphemous to state that New Zealand may not have made it to the final without his astute, aggressive leadership. Top 10 bowlers in ICC Cricket World Cup 2015

The highest run-scorer of the tournament, Guptill played the perfect foil to McCullum throughout the series. Generations will probably remember him for his 237*, but there was more to him than that: he started the tournament with 49, reached double-figures every time, scored a match-winning 105 against Bangladesh, and batted brilliantly in the semi-final before being run out. He was also one of the best fielders in the tournament. Top 10 fielders in ICC Cricket World Cup 2015

Sangakkara created One-Day International (ODI) history by becoming the first batsman to register hundreds in four consecutive innings. He remained the backbone of the Sri Lankan order throughout the tournament, putting up two double-hundred stands and two more century stands. He also adds balance to the side as a gloveman. Top 10 wicketkeepers in ICC Cricket World Cup 2015

Smith became the first batsman to score five fifties on the trot in World Cups, but more importantly, they came in the last five innings of the World Cup. Even if one discounts the 95 against Afghanistan, Smith’s last four innings amounted to 298 runs at 99.33 and a strike rate of 92.8. With his superlative fielding, Smith becomes an easy pick. It will be only an apt reward following his amazing summer. ICC Cricket World Cup 2015: Complete Coverage

De Villiers’ highest point was the 66-ball 162*, but his valiant 58-ball 77 against Pakistan was an innings of equal quality. He also had a 99, and bowed out of the tournament with a 45-ball 64*. He claimed four cheap wickets, was probably the best fielder of his side, and led South Africa to their maiden knockout win in World Cup cricket. All in all, AB is a unanimous choice.

Maxwell’s highest point was his maiden ODI hundred — a blistering 53-ball 102 against Sri Lanka, but he slammed a 63-ball 66 against England and a crucial 44* from 29 balls in the quarter-final and a cameo in the semi-final. He also chipped in with crucial wickets throughout the tournament including three from the three knockout matches. Read: Top 10 innings in ICC Cricket World Cup 2015

Anderson had a specific role to play for New Zealand, and he did exactly that. He scored runs at a strike rate over a hundred, and had the best bowling strike rate in the tournament. He bowled short spells but kept chipping in with wickets throughout the tournament, and even if one discounts the crucial 57-ball 58 in the semi-final, he started the tournament with a 46-ball 75* against Sri Lanka (along with two for 18).  Read: New Zealand marks out of 10

The numbers tell the story, as does the Man of the Series Award. Starc bowled fast, moved the ball late, was extremely accurate, and kept taking wickets without conceding runs. He went for four or less runs in the last seven matches, and picked up at least two wickets in every match. Probably the most obvious choice. Read: Australia marks out of 10

Boult equalled Starc’s tally of 22 wickets. Starc’s numbers were so out-of-the-world that Boult’s paled in comparison, but Boult had exceptional numbers as well. He was fast, swung the ball prodigiously, finding the edge, hitting timber, and running through sides. Boult picked up at least one wicket in every match.  Read: Petition against ICC for 10-team ICC Cricket World Cup 2019

A South African spinner routing Sri Lanka on a flat track in Australia is not the commonest of spectacles, but Tahir did exactly that to give the Proteas their maiden World Cup knockout win. Tahir also had a five-wicket haul against West Indies, and did not concede more than five an over in any match. Daniel Vettori was a more economic option, but Tahir certainly more aggressive.

Picking Umesh ahead of Wahab was difficult, but with three left-arm fast bowlers a fourth would have been surplus. Mohammed Shami was (17 wickets, 17.29, 4.81), of course, the other option; their numbers were remarkably close. However, while Umesh did exceptionally well in the knockout matches (8 for 103), Shami’s numbers (2 for 105) could have been better. With eight catches, Umesh also finished only behind Rilee Rossouw.

An outstanding fielder (with Guptill and de Villiers both in the side, he is probably the best of the squad) and the perfect team-man, du Plessis had an outstanding World Cup (380 runs at 63.33, strike rate 84.6) with the bat. Few people would be more suited for the 12th man’s slot.

The man who had turned Australian cricket around in the space of just over a year — from Ashes defeat to Ashes whitewash, a series win in South Africa, and finally a World Cup. 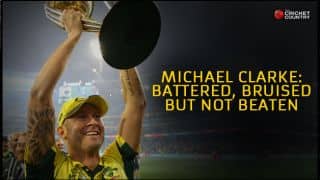 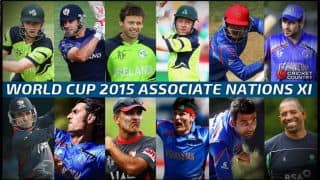