The International Cricket Council’s (ICC) Cricket Committee are meeting in Mumbai to discuss several issues, one of them being the balance between bat and ball.

The International Cricket Council’s (ICC) Cricket Committee are meeting in Mumbai to discuss several issues, one of them being the balance between bat and ball. In the modern one-day game, that balance has overwhelmingly tilted in favour of batsmen. Nishad Pai Vaidya writes about the things ICC needs to look into to restore that long lost balance.

The old adage that “cricket is a batsman’s game” has never been truer! Since the advent of T20 cricket in the early 2000s, the game has overwhelmingly gone in favour of batsmen with the big bats, smaller boundaries and, of course, the tweaked playing conditions in one-day cricket that allow them greater freedom. In the process of making the game more entertaining, the authorities have sounded the death knell for the bowlers, effectively ruining the balance between bat and ball.

The International Cricket Council (ICC) Cricket Committee meets in Mumbai on May 15-16, and one of the issues on the table is the ‘balance between bat and ball.’ At the outset, they would do well to recognise the fact that there is no balance between bat and ball. The modern game has almost nothing for the bowlers with the rules in favour of batsmen. Here are some of the issues the ICC need to look into to restore that long-lost balance.

The modern bats are crafted to have more meat in the middle which help batsmen take liberties like never before. As a result, miss-hits and even edges sail over the boundary for sixes. In an earlier era, such things may have happened only off the fastest bowlers. However, it is now commonplace. Clearing the boundary is no longer built on skill and timing as the bat makes up the lack of skills. Mediocre batsmen are thus made to look good and quality bowlers suffer. Last year, there was a crackdown on bowlers with suspect actions. It is time they also regulate bat sizes for it will do no good to the sport in future. The bats have also become heavier. For years, the dimensions of the ball have not changed, but the bats have only become thicker and heavier. If there are regulations for the ball, why not have it for the bat as well?

Many a time, the boundaries are pulled in for matches in one-day cricket. Some grounds may genuinely be smaller than others, but there are times when the bigger ones are used to the fullest extent. By bringing the boundaries in, the bowlers have a shorter margin for error. The spinners, in particular, may be wary of bringing the batsmen forward. During the ICC Cricket World Cup 2015, it was good to see that the boundaries were where they should be. It is time ICC makes it a norm to keep the boundaries back at all grounds and across formats. 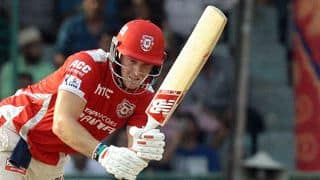 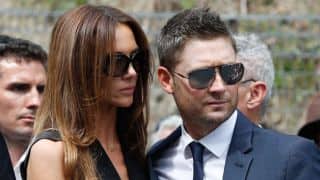