The biggest news for England Women going into the 2017 ICC Women s World Cup was the return of Sarah Taylor, their wicket-keeper-batter, who had taken an indefinite break from the game soon.

The biggest news for England Women going into the 2017 ICC Women s World Cup was the return of Sarah Taylor, their wicket-keeper-batter. Taylor took an indefinite break from the game soon after the 2016 World T20 to deal with stress-related issues. After being away for almost a year, the right-hander joined the England training squad for a camp in Abu Dhabi in April, earlier this year, and scored an unbeaten 26 against Ireland in her first game back. Her return to the international circuit after almost a year is wonderful news for the home team.

Heather Knight returns from an injury layoff to lead England in the World Cup beginning on June 24. The skipper had suffered from a stress fracture in her left foot towards the end of England s training camp in April, but seems to have recovered in time for the mega event. She will lead a strong England squad that goes into a world event without Charlotte Edwards for the first time since 1993.

Knight, who only took over the captaincy in June last year after the retirement of Edwards, has enjoyed a successful stint as captain so far, securing three consecutive ODI series wins. The World Cup will be her first major test as a leader.

Primarily a batting all-rounder, Knight will provide stability and composure to a young, attacking batting line-up that consists of Tammy Beaumont, Lauren Winfield, Taylor, Georgia Elwiss, Danielle Wyatt, Fran Wilson and the all-rounders Natalie Sciver, Jenny Gunn and Laura Marsh. The opening pair of Beaumont and Winfield have enjoyed a rather successful few months, raking up 1,050 runs between them in 11 matches, including their maiden ODI hundreds. Knight has enjoyed the responsibility that comes with the leadership her batting average as captain, more than 6 runs more than her career average. Sciver has blossomed into an effective lower order batter, and her contributions could be key to England s campaign.

The bowling attack will be led by Katherine Brunt and Anya Shrubsole. Brunt s raw pace and Shrubsole s ability to swing the ball extravagantly make them a more than effective new-ball pair. Shrubsole, who finished as the second-highest wicket-taker in the previous edition of the World Cup with 13 victims, has been England s most consistent bowler over the last 4 years. Much like Knight with the bat, she will be the one England bank on with the ball. The pair (Brunt and Shrubsole) will be supported by three other seamers Beth Langston, Sciver and Gunn.

Alex Hartley, the left-arm spinner, who has enjoyed her introduction to international cricket taking 17 wickets since her ODI debut in June 2016 against Pakistan, is England s main spinner. She darts the ball in, bowling tight lines, very much like Marsh, the off-spinner. Hazell, a more classical off-spinner, will be joined by Knight to complete England s spin quartet.

In 2013, England came back after a shock loss to Sri Lanka in their opening match of the tournament to beat India and West Indies and qualify for the Super Sixes. Having finished third in the Super Six stage, England failed to qualify for the final, but they beat New Zealand in their third-place playoff match to secure third place.

With a win-loss record of 49-22 in 74 World Cup matches overall, and a 12-2 record in home World Cups, Knight will be hoping her team can keep up the good record at home.

Since Edwards retirement in June last year, England have won 10 of their 12 ODIs under Knight, beating Pakistan (3-0), West Indies (3-2) and Sri Lanka (4-0). Their last series was against Sri Lanka in November, after which they did not play any international cricket.

After their pre-World Cup camp in Abu Dhabi, where they played a few practice matches against Ireland, England played a couple of unofficial practice games against the likes of West Indies and India, both of which they won quite easily.

Since Edwards retirement, England s young batting brigade has stepped up to the plate and delivered some impressive performances. The likes of Beaumont, Winfield, Knight and Sciver have come into their own, accepting extra responsibility while still willing to play an aggressive brand of cricket. The return of Taylor is another positive. Her skills with the bat were never in doubt, but it will be interesting to see how she copes with all the expectation and pressure in a home World Cup.

While the batters are a dangerous lot, it is England s fast bowling unit that is their greatest strength. Led by Brunt and Shrubsole, two of the best bowlers in the world, England have a settled and extremely effective new ball pair. In the 24 ODIs that they have played together, they have taken a combined tally of 74 wickets, at an average of 19.85 and economy rate of 3.62.

While Brunt is the more obviously aggressive bowler thanks to her pace and body language, Shrubsole often flies under the radar, but is equally, if not more effective especially in seaming conditions.

The two are supported by the trio of Gunn, Sciver and Langston. Gunn, like Brunt, will be playing in her fourth World Cup, and is the most experienced pace bowler in the attack with 132 ODIs under her belt. Her distinct bowling action makes her difficult to read, which is probably why she is so effective at the back end of the innings. Her slower balls are always full, floaty and hard to get under, and her yorkers are usually pin-point accurate. As one of England s most economical bowlers (3.77) she serves as the perfect foil for Brunt and Shrubsole.

Sciver, a skiddy, susceptible and accurate right-arm medium pacer, is also a handy bowler to have in the squad. She had taken 23 wickets in 32 matches, and has slowly grown into her role as one of England s premier all-rounders. Langston, only 4 ODIs into her career, is the newest member of the squad and will be hoping to take any opportunity she gets to make an impact.

Considering the experience and variety within England s fast bowling unit, they will be able to challenge any batting line-up going into this tournament. With Brunt and Shrubsole expected to lead the way, the other bowlers will have to rally around them to help forward England s cause.

Since 2009, Katherine Brunt has been one of England s key players. The fast bowler s career has been blighted by injuries, but her pace which at its peak has rivaled the fastest bowlers on the women s circuit has rarely dropped. In 94 ODIs, Brunt has taken 120 wickets, at an impressive average of 21.86, including four 5-wicket hauls.

Much like her hero, Darren Gough, Brunt is a bowler with a big heart the kind of bowler who will run in all day with the same intensity and find a way to get a wicket. She is England s main weapon with the ball, and therefore her form is going to play a crucial role during the World Cup.

With the bat too, Brunt can be quite useful. She is an aggressive player who likes to get a move on with the game and can provide impetus at the back end of the innings.

Heather Knight s stature as an all-rounder has grown a great deal in the last couple of years. Aside from being the team s captain, Knight is one of England s main batters. Her calm demeanor at the crease and secure method of accumulating runs means she often plays the anchor role while the other players bat in a more aggressive manner. She has scored 1,564 runs in 66 ODIs at an average of 32.58.

Since taking up the captaincy though, Knight s average has increased by more than 6 runs to 38.75 an indication that she has taken nicely to the captaincy. In fact, in her first match as full-time England captain, Knight became the first woman to take a 5-wicket haul and score a half-century in an ODI when she achieved the feat against Pakistan.

Although her injury may have slightly hampered Knight s preparation for the World Cup, she seems to have made a successful return, picking up three wickets in the unofficial practice match against India.

Natalie Sciver made her ODI debut in 2013. In October that year, she became the first England cricketer, male or female, to take a hat-trick in T20Is. She is a fast-bowling all-rounder who has scored 837 ODI runs at an average of 44.05 and taken 23 wickets in 32 matches.

After an impressive start to her career, Sciver s performances dropped off slightly. She showed signs of potential with the bat, but was unable to capitalise on good starts, while her bowling was often under-utilised. In the last few months however, since the start of Knight s era as captain, Sciver seems to have come into her own as an all-rounder.

Sciver s shot-making off the back foot is exquisite. She cuts and pulls with fierce power and even slogs the spinners effectively. She holds the record for the fastest fifty in women s ODIs (22 balls) when she smashed a 33-ball 80 against Pakistan in June 2016. Sciver is a vital cog in England s batting line-up and could be the X-factor they have been so desperately searching for.

England have hosted two 50-over and one T20 World Cup and won all three tournaments. Since 2009 though, their performances in world tournaments have been rather disappointing. Considering their home record, however, they will be hoping to turn the tide.

We are hugely excited about the potential of this squad, said England coach, Mark Robinson. There will be no better and greater stage than a home World Cup for our players to showcase what they are about and we are really excited about what this group of girls could potentially achieve.

Based on their ranking (No.2 in the world) and recent form, England will certainly be expected to reach the knockout stage. They have an aggressive group of cricketers, six or seven of whom are genuine match-winners on their day. With a calm Knight at the helm, and a confident team behind her, England will be hoping to carry their momentum into the World Cup.

We want to win, there s no point shying away from it, Robinson added. We are committed and fitter than we were and more ready than we were going into the T20 World Cup (in 2016). 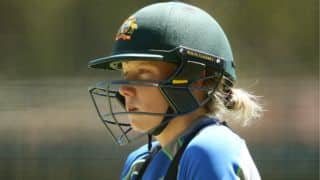 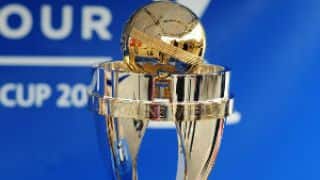 ICC Women's World Cup 2017 to be available in 139 countries on television, 200 territories via digital platforms