South Africa did not win a single knockout match in World Cup or World T20 till World Cup 2015.

Mirpur witnessed South Africa choke yet again on March 25, 2011. Abhishek Mukherjee looks at the day when the Proteas kept their track record of snatching defeat from the jaws of victory in knockout matches going.

It was the usual story. South Africa topped the group stage, winning 5 matches out of 6, losing only a close encounter against England. New Zealand, on the other hand, scraped through to the quarter-final despite losing to Australia and Sri Lanka. It was not much of an achievement, given that all they had to do was beat Zimbabwe, Kenya, and Canada (though they massacred Pakistan for good measure).

The champion of Group A met the fourth-placed team of Group B in the quarterfinal. In most such cases, the former side goes into the contest as favourites. Unless you are South Africa, that is — which means you belong to another echelon when it comes to knock-out matches in global tournaments.

Graeme Smith opened with Robin Peterson and Dale Steyn after Daniel Vettori batted. There were a couple of quiet overs before Brendon McCullum stepped out against Peterson and pushed it gently; Peterson flung himself to his left and pulled off a sensational catch. Smith replaced Peterson with Johan Botha almost immediately, while Steyn struck at the other end as Martin Guptill tried to clear the in-field.

Jesse Ryder and Ross Taylor got together at 16 for 2 to settle things a bit. Famous for their dazzling strokeplay, both men decided to wait for the loose ball. Ryder’s fifty took him 70 balls, and almost immediately he dismissed a peach from Steyn for four with utter disdain: the ball angled across him, but Ryder, only halfway forward, slapped him to the long-off boundary. There was a reason that they call him the most talented New Zealand batsman since Martin Crowe.

Taylor slog-swept Peterson for six and tried an encore off Imran Tahir, only to be caught at deep mid-wicket. Scott Styris hit Morne Morkel for two fours in four balls before chopping one on to the stumps off him. Things went further downhill for New Zealand when Ryder top-edged a sweep off Tahir next over and was caught. Ryder had scored 83, and the score read 156 for 5 in the 39th over.

It took some intelligent batting from young Kane Williamson to ensure New Zealand batted the full 50 overs, finishing on 221 for 8. It was hardly a competitive total, given the big guns South Africa had stacked their line-up with.

A stroll for Kallis and AB

Vettori knew that his only chance lay in spin; he opened with Nathan McCullum. Hashim Amla drove the third ball beautifully through extra-cover for four; he chopped the sixth on to Brendon McCullum’s boot; the ball ballooned up into the waiting hands of Vettori at first slip.

Vettori brought on himself at the other end. Smith began aggressively, scoring at a brisk pace before he went after a wide one from Oram. The ball flew to Jamie How, substituting at backward point. AB de Villiers joined Jacques Kallis, and the pair cruised along, reaching 108 for 2 in 24 overs. They needed 114 from 156 balls with 8 wickets in hand. There was no way they could lose it from there.

The c-word that rhymes with “joke”

Kallis went first, trying to clear the mid-wicket fence off Tim Southee and finding a running Jacob Oram. Nathan McCullum tossed one up; JP Duminy tried to blast him and was bowled.

Three balls later Faf du Plessis played one to mid-wicket and ran, but unfortunately he picked out one of the finest fielders in contemporary cricket: Guptill’s throw found a diving de Villiers well short.

South Africa had lost 3 for 17 from 4 overs. With Luke Woodcock’s left-arm spin not turning out to be effective, Vettori brought back Oram: he would be bowling cutters off a short run-up at a slower pace with Brendon McCullum up to the stumps. It worked: Botha played for the straight ball, but the leg-cutter pegged off-stump back.

The change of balls took place after 34 overs, and Oram went back to his longer run-up. Peterson slashed at one outside off and was caught-behind.

Steyn tried to clear the fence off Nathan McCullum but could only loop it to gully, where Oram dived forward — almost in slow motion — to come up with his second catch.

South Africa’s hopes rested on du Plessis, who went about his job responsibly with fours off Southee and Vettori. He hit one back to Oram, who grassed a difficult chance, and hit the next ball over How (how?) at the extra-cover boundary.

South Africa were eliminated again, losing to what were definitely a weaker side on paper. Had the World Cup been one big league, South Africa may have won the title multiple times by now.

– New Zealand lost the semifinal against Sri Lanka at Premadasa.

– Smith stood down as captain after the World Cup.

– South Africa did not win a single knockout match in World Cup or World T20 till World Cup 2015.

South Africa in knock-out matches, World Cup and World T20 (till the time of writing this article)

Man of the match: Jacob Oram. 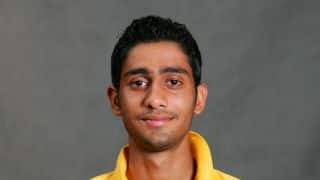 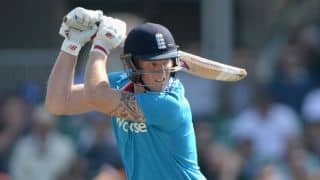