The best way forward for Australia would be a constant rotation of cricketers.

With India’s tour of Australia scheduled to begin in less than two weeks, Australia will be playing their third back-to-back series in less than two months. Come the ICC World Cup 2015, Australia would have played almost non-stop cricket since August. Shiamak Unwalla wonders if this intensive season will have negative effects on Australia.

A sprinter is usually recommended a few days’ rest before a big race, so that the body is relaxed and energetic enough to give the extra effort on the big day. Boxers are advised to go easy in the days leading up to a big fight to avoid a last-minute injury. It would seem prudent to follow suit in cricket as well.

Australia, however, are going with a rather different strategy. Since August 25, 2014, they have played 13 One-Day Internationals (ODIs), four Twenty20 Internationals (T20Is), two Tests and a tour match. Add to that the upcoming Test series against India that begins on December 4 and will go on till January 3. And it doesn’t end there — the Triangular series involving India and England follows, which will last till February 1. All this before the ICC World Cup 2015 begins on February 12.

While Australia have used different squads in all three formats, players like Mitchell Johnson, Mitchell Marsh, Glenn Maxwell, and Steven Smith have played — and in all likelihood will continue to play — a high percentage of these games, while others like Aaron Finch, George Bailey, James Faulkner, Mitchell Starc, David Warner, Kane Richardson, Brad Haddin, Nathan Lyon, and Nathan Coulter-Nile have also featured in a number of the limited-overs matches, and will probably do so till the World Cup.

Now, this can have a two-pronged effect; it could either mean that the constant match practice will keep these players on their toes and sharp in the field, or it could cause exhaustion and burnout by the time the World Cup reaches its climax. Of the players mentioned above, at least five of them will have played almost without rest. With regular captain Michael Clarke perpetually injured, Australia can ill afford niggles to their other match-winners like Johnson or Warner.

On the other hand, no amount of net practice can prepare a cricketer hone their skills the way a competitive match can. Steven Smith has just found some terrific form, and will be itching to play as much as possible in order to keep it going, while the likes of Mitchell Marsh and Nathan Coulter-Nile will want to establish themselves in the ODI set-up ahead of the World Cup, and Shane Watson would want to get back into the groove of international cricket after a long injury lay-off.

Perhaps the best way forward for Australia would be a constant rotation of cricketers. However the challenge here would be to do so in such a way that the crux of the team remains the same while still resting every player sufficiently. So far, things are going well for Australia’s ODI team, and they are set to reclaim the No. 1 ranking from India with a series win against South Africa. However, they must ensure that match practice does not descent to overwork and burnout. 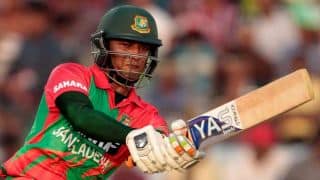