Do bookmark this article. If England eventually pull it off, do remember where you have read it first.

This article is not for the squeamish and may even be considered blasphemous by puritans. It looks at England’s prospects in the ICC World Cup 2015, and Ankur Dhawan has decided to give them a chance, albeit an outside chance, but a chance nevertheless. That places him in rather august company of the other person on this planet to commit this sacrilege — Alastair Cook.

So, England have begun their preparations for the World Cup with a One-Day International (ODI) series in Sri Lanka. Conceded, it is not the ideal country to be preparing for a World Cup being hosted by Australia.

But Sri Lanka are a competitive side; in fact, they have reached the World Cup final in the previous two occasion.  But did India not just inflict a five-zip drubbing upon the Lankans? Remember, pundits do not even give India half a chance at the World Cup. So what is the logic behind picking favourites?

Contrary to popular belief, England actually have a couple of things going for them. One, which their captain himself alluded to: for once, they have (even if to a negligible amount) given priority to ODIs in run up to the World Cup (when did they ever play a seven-match ODI series Sri Lanka?).

In the past they just have not given the impression that they care about ODI cricket. One must remember that they had made it to the finals of the 2013 Champions Trophy, albeit at home, without Kevin Pietersen and Graeme Swann. The final had gone down to the last ball.

Jonathon Trott was the only other player in that side who is in all likelihood not going to be a part of the English squad going into the World Cup. So, though they are playing Sri Lanka in Sri Lanka, where conditions are drastically different, it gives them at least an opportunity to test themselves against a team they meet again on the March 1, 2015 during the group stage at the World Cup and perhaps even in a semi final clash, in Auckland or Sydney, in conditions that will definitely suit them more.

The Sri Lankans seem jaded after a long year in and out of the dressing-room, whereas England are fresh as a daisy after a rare hibernation. And, if the first ODI was anything to go by, England, cynics be damned, can give Sri Lanka a run for their money and have the potential of needling top teams on their day.

A lot depends on what makes an ODI side tick: In the past we have backed sides that boasted of all-rounders, like New Zealand boasts of sheep.*

England have all-rounders in abundance, and they are not bits and pieces cricketers. Consider Ben Stokes, who has a Test hundred under pressure at the WACA and has followed it with a six-wicket haul two Tests later at SCG. That does not sound bits and pieces!

They’ve also stumbled upon an opening batsman in Moeen Ali, and for England his discovery is the equivalent of the discovery of fire or the invention of wheel, because he would get their innings moving, and provide wickets with his apparently innocuous off-breaks (does this not sound like a problem of plenty?). He would be the perfect foil for Alastair Cook in Australian conditions.

It would be hard to go hammer and tongs from both ends against quality bowlers with two new balls in those conditions (especially in New Zealand). This is where Cook, followed by Ian Bell at number three, fit in — to provide stability and a slightly more measured approach.

Although England as a side are work in progress, they would have another advantage over a lot of sides: they would lock horns with India and Australia in Australia for a tri-nation series just before the World Cup. That should give them ample time to acclimatise and toughen up before the marquee event unfolds.

While the problem for most sides in big tournaments is that they tend to take themselves too seriously and often meander in a cloud of intensity, the challenge for England is the complete opposite. They must come to the World Cup and play as though their lives depend on it.

They must recognise that a World Cup win in a country where they were pummelled into submission during last year’s Ashes may be the ultimate point of redemption. That could propel them to achieve a feat.

Do bookmark this article. If England eventually pull it off, do remember where you have read it first. 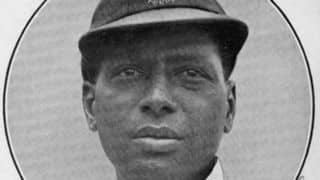 India vs Australia past encounters: Part 3 of 4