While bowling still remains their forte, their batting too has shown fortitude of late.

The former Champions walk into the tournament with a healthy record. Abhijit Banare analyses the strength and weakness of the Pakistan squad ahead of the ICC World T20 2014.

When you talk about a team with most number of T20 wins and a minimum of semi-final appearances in the previous editions of World T20, there’s certainly more substance than hype. Pakistan have been T20 Champions once and reached finals twice, yet they aren’t remembered as an explosive unit which each team is wary of in T20s. Such has been Pakistan’s inconsistency that they almost go unnoticed despite having a formidable record in the shortest format of the game.

They are entering into this tournament with a good run in the Asia Cup 2014 where they lost to Sri Lanka in their first and final encounters. Yet, they had a lot of positives and a few negatives to look upon. The overall squad is pretty much the same except for the return of Kamran Akmal, Shoaib Malik and the wrong-footed Sohail Tanvir, who is expected to share the pace attack with Umar Gul and Junaid Khan. There is a flexible option for the skipper to include a spinner in Abdur Rehman instead of a pacer. The darkhorse would be Bilawal Bhatti. The all-rounder is a perfect layer to precede Shahid Afridi if they lose early wickets and has the ability to play the big shots. He is a handy pace bowling option as well.

With the quality of bowlers they have, Pakistan can still do with an average batting line-up. Yet this time, they have batsmen who can overshadow the bowlers. This includes a reliable Ahmed Shehzad at the top who is most likely to open with the eldest Akmal; Mohammad Hafeez, the talented Umar Akmal who can plot his own downfall, Shoaib Malik still has a lot to offer in the T20 format and once erratic Afridi seems to be back in his colours after the Asia Cup blitzkriegs. They are a formidable set but still capable of a mess up.

During a warm-up match of this World T20, a poll question flashed asking ‘Who’s the most dangerous bowler in this format?’ Saeed Ajmal, with 36 per cent came in touching distance of Lasith Malinga leading with 39. However, a spinner dominating in the shortest format where leading edges fly to six, say a lot about the quality of the bowler. And to make life worse for the batsmen, add a clever Afridi to the mix. The leggie has been a difficult bowler to hit with his pace and variations. And if that wasn’t enough, Hafeez is not just a stingy bowler but has turned out to be regular opening bowler as well. With 12 out of the 20 overs in safe hands, you know even 120 is difficult to chase.

What makes Pakistan more threatening is the turn that is being seen in Bangladesh. The first qualifying match of the tournament between Afghanistan and Bangladesh saw some vicious turn. And with these three, there’s a lot to worry for the opposition.

This is one aspect which depends entirely on how the team wishes to perform! On a given day, the inconsistent batting will flourish and on the same day, the best bowlers will make the batsmen of associate nations more confident against them. The bowlers have been consistent more often than the batsmen. Their strength, unlike other teams, lies in batting first and piling up a score. Because even if the batsmen fail to live up to the expectations, the bowlers can still be stingy and miserly.

The trick for teams to beat Pakistan is patience. On most occasions, Ajmal is just unplayale. The batsmen who can think on their feet can read him well to place in the gaps and rely on the singles, twos. The same goes with Afridi. In fact, batsmen can still target Afridi as compared to Ajmal. Batsmen usually get frustrated when these bowlers bow a tight first over. Instead, batsmen with sound temperament don’t get disturbed and focus on reading their variations than blindly stepping down the wicket for wild slogs. Whereas in batting, even the slightest of pressure sometimes forces the batsmen to play shocking shots. If the bowling team manages to get the better of Shehzad, Hafeez and Umar Akmal, Pakistan are nine out of ten times likely to dig their own grave. And Umar, with all his abilities is still guilty of throwing his wicket away.

If the warm-up performances are anything to go by, then they are surely a well-oiled unit. And no better way to kickstart the main league of the ICC World T20 2014 with Pakistan facing arch-rivals India. Ever since the heartbreaking loss against India in the inaugural WorldT20 final, Pakistan have moved on from strength to strength. This squad is certainly one of the strongest of the tournament and well-equipped to deliver on any kind of pitch. 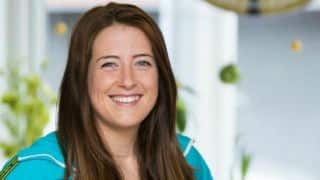