Rangana Herath churned out arguably the best T20I bowling performance against the Kiwis.

Sri Lanka’s ever-reliable spin bowler, Rangana Herath yet again came to the party when his country needed him the most, against New Zealand in ICC World T20 2014. Bharath Ramaraj looks back at a wonderful spell bowled by the diminutive Sri Lankan spinner.

As Sri Lanka took on New Zealand in ICC World T20 2014 at Chittagong, both teams knew that it was going to be a do-or-die contest. The winner would progress to the semi-final of the tournament and the loser taking an early flight back home.

Actually, when Sri Lanka were bowled out for a paltry score of 119, it seemed like New Zealand’s swing merchants had done enough to engineer a safe path to the semi-final. At the end of the game though, it was the case of a 36-year old spinner in Rangana Herath scripting a thumping win for Sri Lanka by taking five wickets for a mere three runs.

Herath’s remarkable spell was radiated with excellence. On a track that was unusually drier, he turned the ball and used the arm-ball in his repertoire to great effect. It wasn’t like Herath bowled as though he had drank some magic potion before the game to touch great heights, but he kept it simple and reaped the rewards for it.

He started the slide by taking the crucial wicket of New Zealand skipper, Brendon McCullum. McCullum was teased and tempted to come dancing down the wicket, only to get stumped by Kumar Sangakkara. He then used the arm-ball to trouble the lynchpin of New Zealand’s batting line-up, Ross Taylor. Taylor was out to a flatter delivery that went with the arm to trap him dead in front. In fact, Herath’s mind ticks constantly, as can be seen by the fact that he didn’t give Taylor any chance to get underneath the ball to play his favourite slog sweep.

Once New Zealand’s main batsmen were out, Herath scythed through the rest of the batting line-up with utmost ease. James Neesham was done in by the one that turned to find a gap between the bat and the pad to shatter his stumps. Wicketkeeper-batsman, Luke Ronchi and the last man, Trent Boult didn’t last long, while up against the wily old fox either. Yes, New Zealand batsmen made it look like there were king cobras underneath the track. But it isn’t everyday that you take five wickets for just three runs in a Twenty20 (T20) game and Herath should be proud of his achievement.

One has to remember that Herath wasn’t picked before the game against New Zealand. It even surprised cricket pundits that he was selected ahead one of Sri Lanka’s most successful bowlers in T20Is, Ajantha Mendis. Herath though, reposed the faith shown by Sri Lanka’s think-tank with a tremendous showing.

If we jog our memory back, a couple of years ago in ICC World T20 2012, Herath did something similar by taking crucial wickets in the semi-final encounter against Pakistan. Even then he wasn’t selected for some of the earlier games.

Herath’s heart-warming performance against New Zealand was another glorious chapter in the career of a hard-working and unassuming cricketer. He never seems to be in the limelight, but every-time the hour of reckoning comes knocking at his door, he invariably delivers for his country. 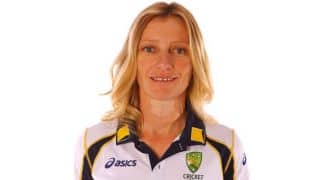