Over the years, West Indies have struggled for consistency.

Ireland beat West Indies by six wickets in the first Twenty20 International at Jamaica. Nishad Pai Vaidya writes that West Indies have to pull their socks up in the lead-up to the ICC World T20 2014.

With a little under a month to go for the ICC World T20 2014, defending champions West Indies have had a rude awakening. Ireland beat them comprehensively in the first Twenty20 International (T20I) and that comes as a shock for the West Indies. It is baffling to see a team that has a lot of individual talent, particularly in the shortest format, struggling to find consistency and maintain their rhythm. While defeats have become an all too familiar phenomenon, this defeat is perhaps a huge wake-up call, as they get ready to defend the crown.

West Indies’ recent One-Day International (ODI) record isn’t good either. In the aftermath of their ICC World T20 2012 victory, they haven’t won a single ODI series, barring the one against Zimbabwe. In T20Is, they have lost their last five games. It isn’t ideal in the lead-up to a tournament where they defend their crown. However, this West Indies side can dazzle you with their brilliance on their day and then baffle you with their mediocrity the other. They do have the firepower, but need to lift their game in order to have a chance of winning in Bangladesh.

Even though West Indies are without Kieron Pollard for the World T20, as he misses out due to injury, they have enough strength in their ranks to go all the way. It is good to see Dwayne Smith back in the side. The right-hander was an important cog in Mumbai Indians’ (MI) success last year and him opening the batting with Chris Gayle would threaten any side. In fact, if you look at the side that played Ireland, they have that batting firepower right through. Denesh Ramdin played at No 8.

The likes of Marlon Samuels and Dwayne Bravo should have a bigger role to play with, as they cannot depend on the top to fire every time. Gayle smashed his way around to success in Sri Lanka and his starts made a huge difference to the total. But, they need others to be as consistent in the shortest format. This side has some good experience for subcontinental conditions which they need to bring to the table, and that in turn should help them chart out a way to play in the subcontinent. Perhaps, they may also mull examining the Indian Premier League (IPL) roles of some of their players. Bravo has a slightly different role in Chennai Super Kings (CSK) when compared to the West Indies. If he is given a role closer to the one he plays for Chennai, he may find more success as that has been a tried and tested formula over the last three years at Chennai. Likewise, same can be said for someone like Darren Sammy.

These occasional defeat to the weaker sides, are in a way systemic of the West Indies setup. But their success in Sri Lanka had broken a drought. It was a victory where they played ‘no fear’ cricket and chose to express themselves. It is with that intent that they need to approach the big tournament to get success. Even during the World T20 last time, they had their tough moments, but sailed through with team-work. Time for them to rekindle that magic. 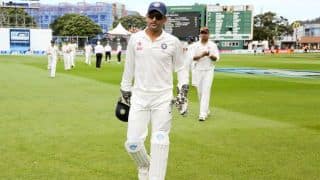