Teams like India, Australia and South Africa invariably find a mention in their predictions, but the Pakistan cricket team always start as rank outsiders.

Every time a major ICC event approaches, the cricket pundits start prophesising about the outcomes, the possible semi-finalists and the likely winner. Teams like India, Australia and South Africa invariably find a mention in their predictions, but the Pakistan cricket team always start as rank outsiders. It has little to do with talent or skills, which they have in abundance. It is about their unpredictability, their indifferent performances which has deprived them off a decent record at the ICC events.

Another World is around the corner, and like always, the experts have made their predictions public. India, South Africa, New Zealand and England, they say, are going to make it to the semi-finals. They continue to ignore the outcasts Pakistan. It is okay if they do so, but the teams cannot afford to do the same. Their recent records notwithstanding, Pakistan are a team to be written off only on ones’ own peril.

It is true that they performed in the recently concluded Asia Cup miserably; it is true that they were unsure about their team selection — making wholesale changes by altering the squad twice and it is also true that their batting has perennially been their Achilles’ heel. But who can forget the ‘dark horses’ of world cricket made it to the final of the first two World T20 editions and were victorious on the second occasion. They made it to the semi-finals of the next two editions too, but were unfortunate not to progress ahead.

The only time they have not performed to their true potential was in the last edition of the tournament, where they crashed out after losing at the group stage. Despite the recent losses and chaos at the back end, the team looks good enough to go the distance in this edition. It has a rich blend of experience and youth in its squad and if the players apply themselves on the field, Pakistan may well fancy their chances to reach to the knockout stage.

The return of Ahmed Shehzad, who was not a part of the original squad and the one after the first change was made, bolsters the top-order, which looked lacklustre in the Asia Cup. Along with the likes of Mohammad Hafeez, Shoaib Malik, Sarfraz Ahmed and the not-so-reliable duo of Umar Akmal and Shahid Afridi, they have a decent batting-line up. Add the young Sharjeel Khan and Imad Wasim to it, and the batting department looks decent on paper.

Bowling, without a shred of doubt, has been their strength. The comeback man Mohammad Amir, Wahab Riaz, Mohammad Irfan and Afridi hold the key in bowling while the likes of Mohammad Sami, Mohammad Nawaz, Anwar Ali and Malik will provide the back-up. A lot will depend on Amir as to how far the Pakistani team goes in the tournament. A lot has happened of late in Pakistan cricket; the controversy surrounding Amir’s comeback, the Riaz-Shehzad duel, the uncertainty over travelling to India for the World T20 etc. There is no doubt they will feel the pressure, and it is their ability to absorb pressure that will determine their fortunes. The world will get an idea on this when they take on arch-rivals India on March 19 — the match that perhaps will decide their fate in the tournament. 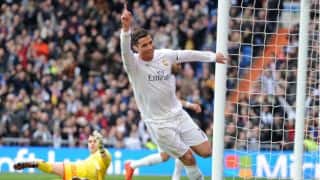 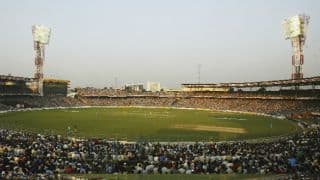